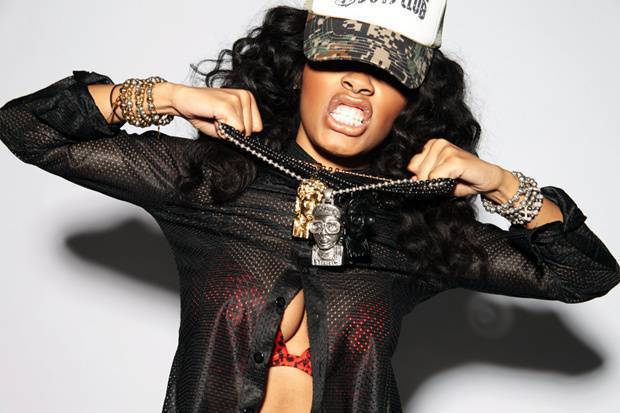 “Teyana Taylor has officially signed a deal with Kanye West’s G.O.O.D. Music. According to a press release, the singer/rapper is the latest to ink a deal with the imprint, which has an exclusive long-term worldwide deal with Island Def Jam. Details on her debut album and singles will be revealed in the upcoming weeks and months. Taylor, who was originally signed to Pharrell Williams’ Star Trak imprint, most recently released her new mixtape The Misunderstanding Of Teyana Taylor last month. She joins Q-Tip as one of the latest additions to the G.O.O.D. Music roster, which also includes Big Sean, Pusha T. and CyHi, The Prynce. It is unclear if she will be featured on the G.O.O.D. Music compilation.” Thanks to DJGreen.