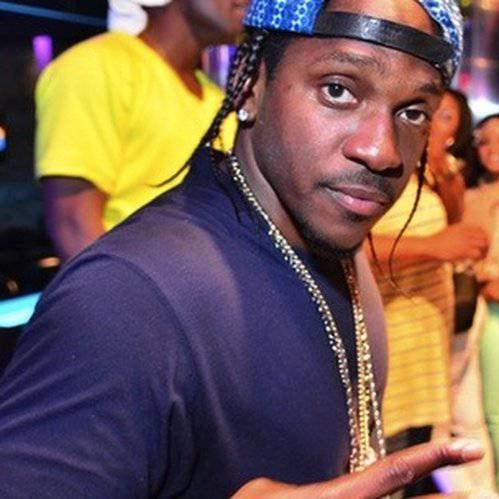 Pusha T says he wasn’t impressed by Lil Wayne’s response record to his cut “Exodus 23:1.” Pusha T stopped by Funkmaster Flex’s Hot 97 show earlier this evening to touch on several topics, confirming another Clipse album will be released and stating that he was surprised by Young Money’s camaraderie following the Summer Jam fiasco. But at the onset of the conversation, the Virginia native revealed that the G.O.O.D. Music compilation, Cruel Summer, will release on August 7th. “August 7th. G.O.O.D. Music compilation coming August 7th,” he confirmed. Pusha Ton also touched on Lil Wayne’s record “Goulish,” which served as a response to his alleged Drake diss on “Exodus 23:1.”

He explained why he was surprised that Weezy was the one to step in and respond to the cut. “I was surprised actually at the whole… anybody, but Wayne specifically, answering ‘Exodus.’ I’ve never seen one record that didn’t say any names cause so much of a firestorm,” he stated. He also denied that the record was about anyone in Young Money – “Why would that relate to Wayne or Drake?” he said” but was quick to brand “Goulish” as “trash.” “It was horrible. It was trash. It wasn’t good,” he said, stating that he also wasn’t feeling the beat. “I didn’t like that either. Let me say this. I didn’t like it for that type of record. I didn’t feel like, in all honesty, I haven’t said anything about it because I didn’t think it was good enough to respond to.”