Pharrell discovered her on YouTube. Jermaine Dupri co-signed her. And now Leah LaBelle is gearing up for the release of her i am OTHER/So So Def/Epic Records debut, due later this year. The Seattle songstress sat down with Rap-Up TV in Beverly Hills to chat about her album, love for Lauryn Hill, and her encounter with Jay-Z. “The album is just a really good, feel-good album,” said the “Sexify” singer, who got her first taste of stardom on “American Idol.” “It makes you happy, it makes you want to dance. It’s gonna remind you of the good times.” 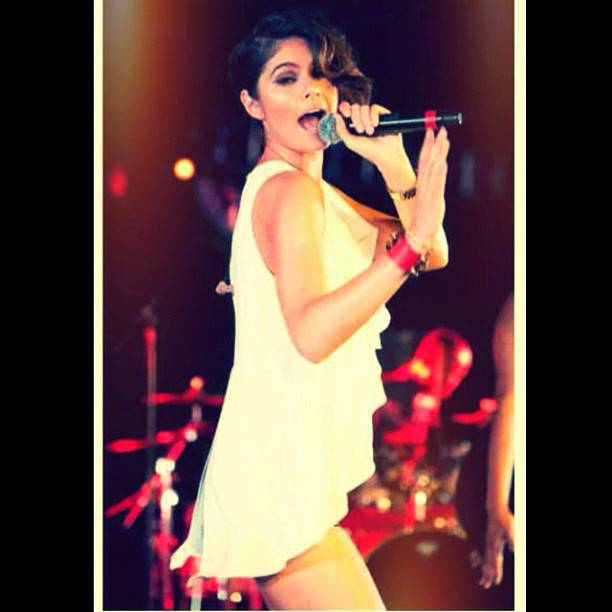 The project was produced entirely by her superstar mentors, who both rap on the J.D.-produced “100%.” “It’s a real talk song, a lady talking about I’m gonna love you and I’m down for you,” explained Leah, who cites Lauryn Hill as her “biggest inspiration.” “She really set the road for me for who I wanted to be as an artist,” said Leah of The Fugees frontwoman. “Even to this day, I’m still Lauryn Hill all day.” While she doesn’t get starstruck easily, she was in awe while meeting Jay-Z during his studio session with Pharrell. She witnessed the hip-hop icon record a song and even got his feedback on her music. “He shook my hand and he was like, ‘Congratulations, this is some good stuff.’”