After almost Four Months, Pharrell gets back in the studio with Sammy Adams to finish their studio session, let’s just hope that Sammy’s new tune that will come out on Monday titled All Night Longer is produced by The Neptunes, thanks to BlueSky2308. “yah @SammyAdams @Pharrell make amazing music together….lets beat the last session!” 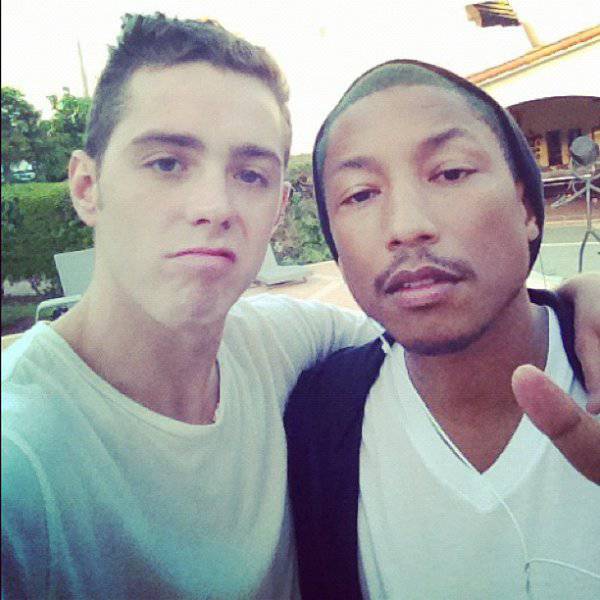 Updated: January 23rd
Boston-Native rapper Samuel Adams Wisner, better known by his stage name, Sammy Adams (24) let the Twittersphere know that he is working in the studio with The Neptunes. He tweeted this morning that he is ‘In the studio with skateboard p’ and that they did some ‘Primal heat’. In early 2010, he emerged into the music industry with his release of “I Hate College (Remix)”, a remix of Asher Roth’s I Love College, on YouTube. He released afterwards his debut EP Boston’s Boy (2010) which managed to reach #73 on The Billboard 200. Boston’s Boy also debuted at number one on the iTunes hip-hop chart in its first week, and the song “Driving Me Crazy” hit #8 on iTunes hip-hop singles chart. His debut album is due this Fall.