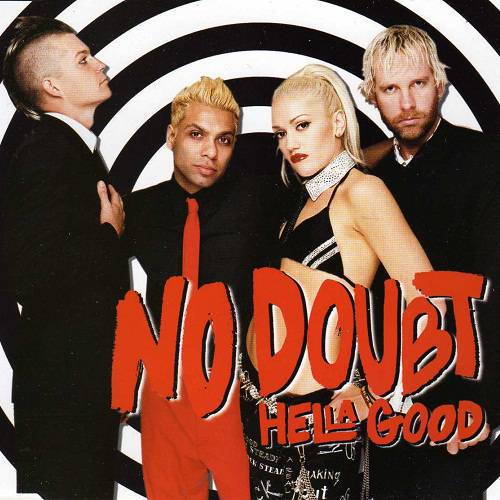 Tony: “Making Rock Steady was a whole different thing from making Return of Saturn. Return of Saturn was a lot of pressure, and Rock Steady was the exact opposite. It was like, ‘Who gives a fuck, I don’t care what anyone thinks anymore, let’s have a good time.’ We started writing that record in January of 2001, and we put that record out in December of 2001. That was the first time in the history of this band, and the only time in the history of this band, that we made a record and put it out in one year. It was the fastest record we ever written and recorded and released. The reason was that we were having such a good time doing it.”“On the Return of Saturn tour, we were having these dance parties and dancehall parties after the show every night and fed off all this energy for Rock Steady.

We were going out to clubs all the time, especially Jamaican clubs, and getting super inspired by dancehall music. Obviously, it shows in that record. Rock Steady is a very club-oriented record. You can play a lot of those songs in clubs. We loved that, and I think it was just exploring a whole new place for us. “Hella Good” was really the first time we did a collaboration anybody outside of the band. We wrote that song with The Neptunes, and I love the way that song turned out. It’s another really fun song to play live.” “I think that [working with The Neptunes] was such a different experience for us, because we had always done everything ourselves. To put yourself in that new place is always a challenge, but looking back on it now is awesome. Those guys brought such an incredible amount of experience into it.” Thanks to Rafael.