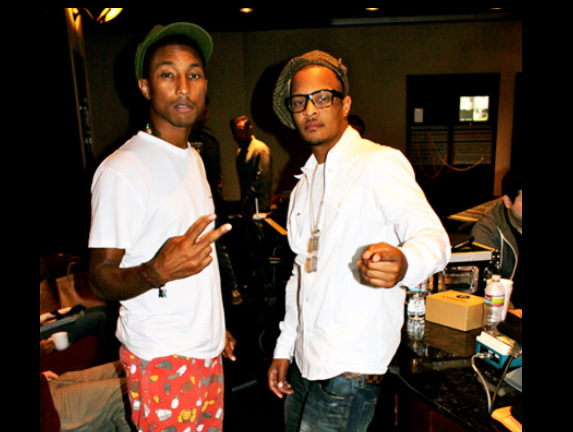 Since his release drom prison last year, T.I. has been making up for lost time. He’s appeared on remixes for everyone from Jay-Z and Kanye West (“Ni**as in Paris”) to Ke$ha (“Sleazy”) and recorded a whopping 86 tracks for his eighth album Trouble Man, which has been delayed from September. “I think it’s a lot more urban than Paper Trail, and less apologetic than No Mercy,” said Tip of the follow-up to his 2010 album, which will include production from Pharrell, No I.D., DJ Toomp, T-Minus, and Rico Love. “I think it’s more diversified than T.I. vs. T.I.P. though. It’s got a lotta heart, it’s got a lotta edge. It’s a creative album. It’s probably harder than most of the shit that’s coming out right now.” “Yeah, me and Cee Lo did a record that Pharrell produced. It’s called “[Wave] Hello.” Basically we ridin’ off into the sunset. We’re headed to where the winners gather and saying hello and goodbye at the same time to the losers.” Thanks to BlueSky2308.