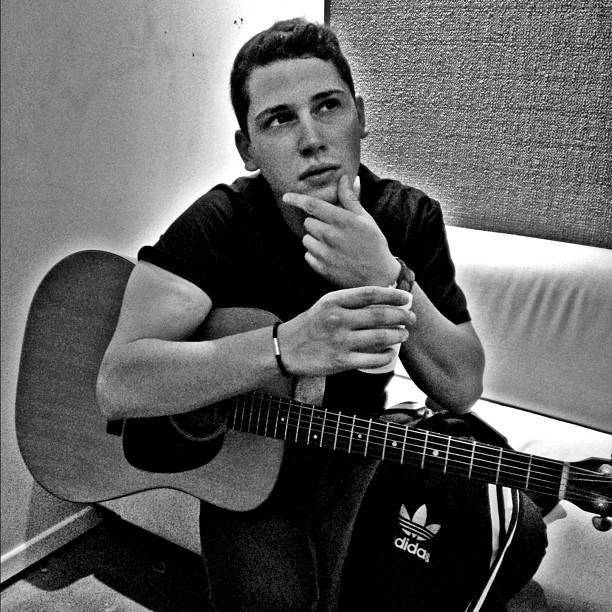 By Halie Williams. For Cris Cab, age is anything but restricting. The 19-year-old, Miami-based singer-songwriter’s resume is already stacked — he was discovered by and has worked with Pharrell Williams, Big Sean was featured on one of his tracks and his music has been produced by Wyclef Jean. “It’s very cool. Those guys are legends. Pharrell is a very humble and talented dude and very easy to work with and very creative. He’s amazing,” Cab said. “And Wyclef, too, is super humble and down-to-earth and has a lot of energy, really works hard and has amazing talent. (He) can play like every instrument.”

The Cuban reggae-pop artist, who has gained popularity through YouTube videos including covers of Wiz Khalifa’s “Black and Yellow” and Kanye West’s “All of the Lights,” is scheduled to perform 7 p.m. Sunday at A&R Music Bar. Cab started playing the guitar when he was about 10 years old. He said spending a lot of his summers in the Bahamas instilled in him his love for reggae music and Bob Marley in particular. “I guess Bob Marley was really like my first inspiration, and you can definitely hear a trace of Bob Marley (in my music),” Cab said. “His message and also the music, it’s very powerful, the way he told a story.”

Cab is touring in support of his recent EP “Rise,” which was released Oct. 9. He said the EP shows that his sound has developed. “We take risks and experiment with new sound and it’s just more developed at this point. I’ve gotten way better at writing and you can hear it in the music,” Cab said. “My voice has gotten stronger. “You can really see my personality and who I am and hear the music when you come to see us live, it’s a very fun time.” Columbus will be seeing Cab for the first time. “I have not played in Columbus yet,” he said. “I’m super excited. I love Ohio. I got a lot of fans in Ohio, so I’m really looking forward to it and being there and playing a show.”

Mike Hunter, promotions manager at PromoWest Productions, said bringing Cab to Columbus was an easy choice. “He’s a pretty big up-and-comer. He was just featured on MTV (as) one of their new artists that they’re bringing to the forefront, so he’s been getting a lot of buzz,” Hunter said. Jeff Rutkowski, Cab’s road manager, also said Cab is increasing in popularity, and said he’s an artist to look out for. “I think Cris is special because he really focuses on the music first. He’s not out here to be a superstar, he’s not out here for the Twitter love or anything like that,” Rutkowski said. “Him and his team are writing music and it’s really about the instrumentation, the lyrics and making quality music.”

Cab said he feels blessed by all his accomplishments. “It feels good. I’m just very fortunate and very blessed and been able to work with the right people and have the right people around me,” he said. “It’s been a very good trip so far and I love what I’m doing and I really want people to hear my music, so I’m just moving forward.” He encourages others to do the same. “If you want something and you believe in it, you just have to go after it,” Cab said. “My advice to anyone who’s trying to pursue their dreams: just believe in yourself.” Tickets are $10 in advance through Ticketmaster, or $12 the day of the show for general admission.