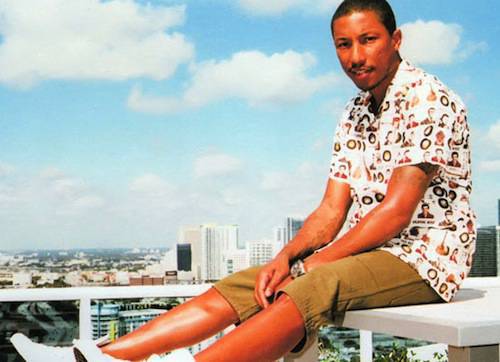 Hip-hop artist Pharrell Williams has turned interviewer for a new book, Places and Spaces I’ve Been, published later this month. Among his subjects are Zaha Hadid, Hans Zimmer and Buzz Aldrin, who talks about Z particles and the time he made a rap record, “The Rocket Experience”, with Snoop Dogg. “I had a couple of people from my supporting team, the girls, to sing the song along with my rapping”, the pioneering astronaut, 82, tells Williams. “We’re not going to make an album.” Elsewhere, Williams chats to Jay-Z about the influence of Kurt Cobain, and to Kanye West. “I am a visual artist,” the rapper tells Williams.

“To this day I can’t play a piano. I’ve taken it up a couple times and I forget how to play. When I first wanted to rap, the first thing I did was actually draw my tape covers… before I even thought about doing music.” “What is it like to look at things and say to yourself, ‘I know that they don’t get it but maybe one day they will’?” Williams asks West. “Well, I think it’s just if you’re a perfectionist, that’s just what you do… What can you give to human existence? How can you push the culture forward? If you put out things that are so over-the-top and magnificent, what trickles down from it could at least be good because there are more followers than there are leaders.” Hip-hop braggadocio isn’t dead yet.