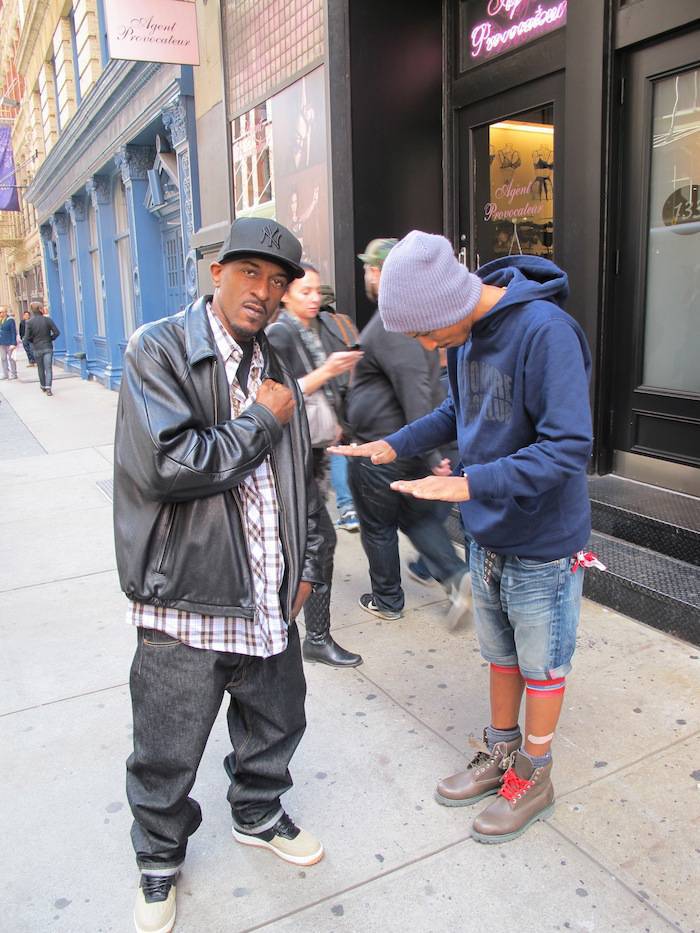 According to recent reports, Pharrell is in the studio with one of his favorite artists. Rakim is said to be at work on a 2013 album. Iconic New York emcee Rakim has been performing his classic album recorded with former partner Eric B., Paid In Full extensively in recent years. Ra has performed the 1986 4th & Broadway release alone as well as with The Roots since 2010, and made a stop with Big Daddy Kane, Slick Rick and Doug E. Fresh earlier this month in Detroit, Michigan.

There, Rakim spoke with The Detroit Free Press. The newspaper reports that presently Rakim is in the studio with Pharrell, and plans to release a single before the end of the year. “Rakim is working on new material with Pharrell Williams and hopes to have a single out by the end of the year, with an album to follow in 2013. But Saturday’s show is about celebrating “Paid in Full” and its lasting impact. “I definitely want to showcase that album, as a tribute to that the fans that love it,” he says. “Hopefully we can kind of rebuild that energy we had back then and bring it back.”