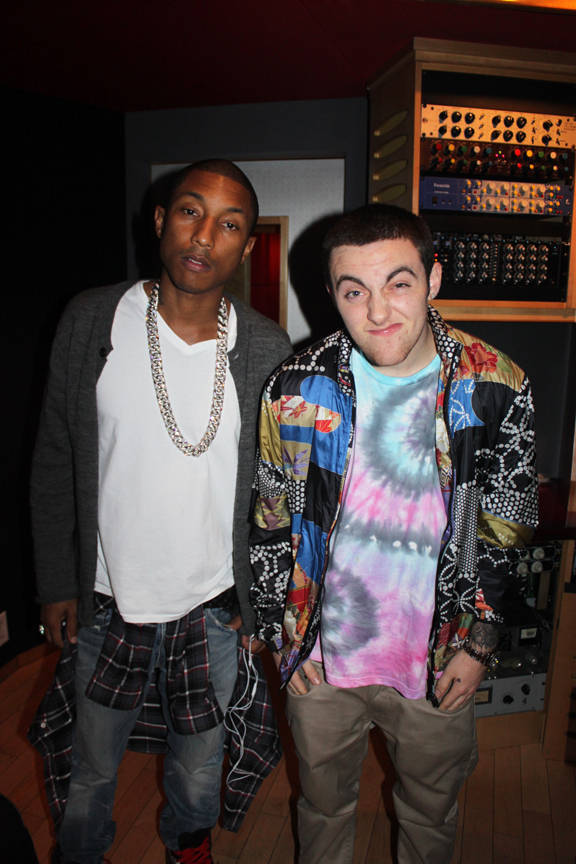 *Update*
Here is the snippet ripped from the show, sounds promising so far, and according to Mac Miller, the tune will also be on his second studio album ‘Watching Movies With The Sound Off‘ check it out below.

Although his second album doesn’t come out ’til June, an exclusive track from “Watching Movies With The Sound Off” will debut during “Mac Miller And The Most Dope Family” tonight! “Objects In The Mirror” is set to premiere during the episode’s fourth act, and fans will get a nice, long listen to the first song from his highly anticipated sophomore album. The track, produced by Pharrell Williams, will showcase the awesome creativity of a Pharrell/Mac collaboration, and with this talented duo, it’s only the beginning. They’re also planning to release a joint EP, “Pink Slime,” very soon. We’ll keep our ears open! + Tune in to hear the world premiere of “Objects In The Mirror” tonight during “Mac Miller And The Most Dope Family” at 11:30/10:30c on MTV2! Thanks to René.