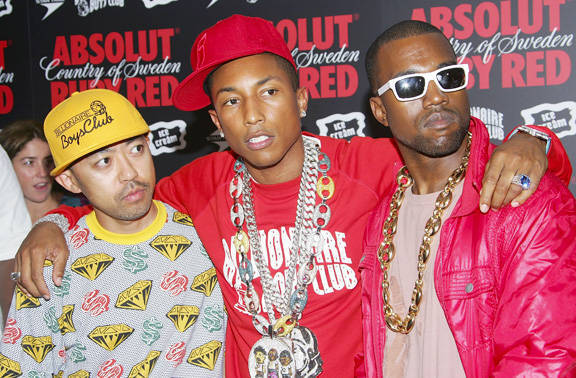 Twenty years ago today (exactly!), A Bathing Ape designer Nigo opened his very first store “Nowhere” in Harajuku, Tokyo. Since then, BAPE has risen to legendary status as a streetwear mainstay. Over the course of the past twenty years, the label has collaborated with a laundry list of entities from iconic characters (Hello Kitty, SpongeBob Square Pants) to mega brands (Pepsi, MAC) to artist heavy-weights like Kanye West and Pharrell Williams. In celebration of this major 20th Anniversary, a select group of 20 Artists, including Skateboard P and the (former) Louis Vuitton Don, will collaborate with BAPE on a range of T-shirts and Art. The works will roll out over the course of three days starting on April 27.