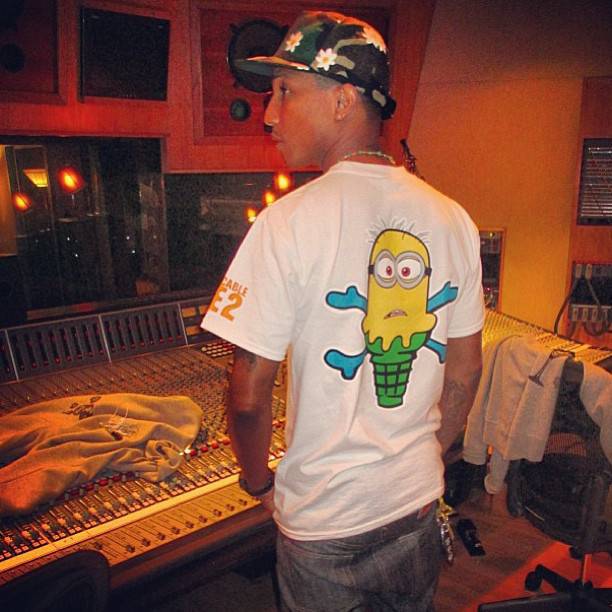 After composing Despicable Me‘s soundtrack, Pharrell is back again on production for the animated film’s sequel. In celebration of Despicable Me 2, Pharrell took the chance to release a limited edition T-shirt via his ICECREAM imprint, showcasing a number of collaborative graphics from both entities.

Featuring the film’s popular minion in conjunction with ICECREAM’s skateboard and cartoon sensibility, the T-shirt features both front and back designs in addition to branding from both labels on the sleeves. Aside from overlooking the soundtrack, Pharrell also recorded “Happy” — a soulful, upbeat hit for the album. Look out for the Despicable Me 2 x ICECREAM T-shirt to be released via the ICECREAM online store and NYC flagship store on June 26 with a retail price of $38 USD. 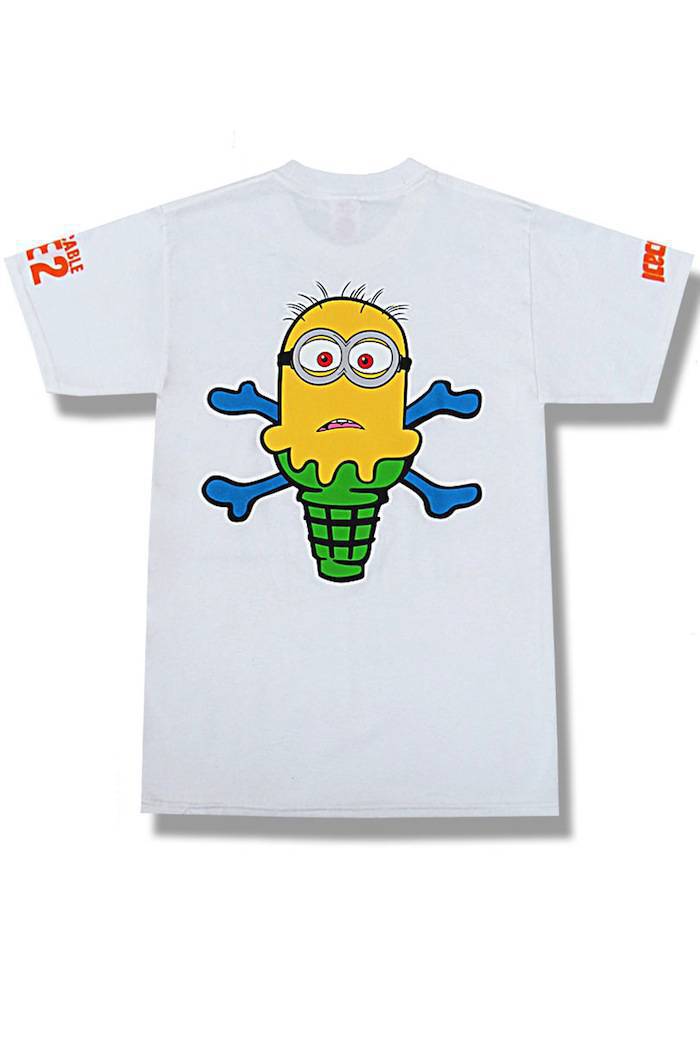 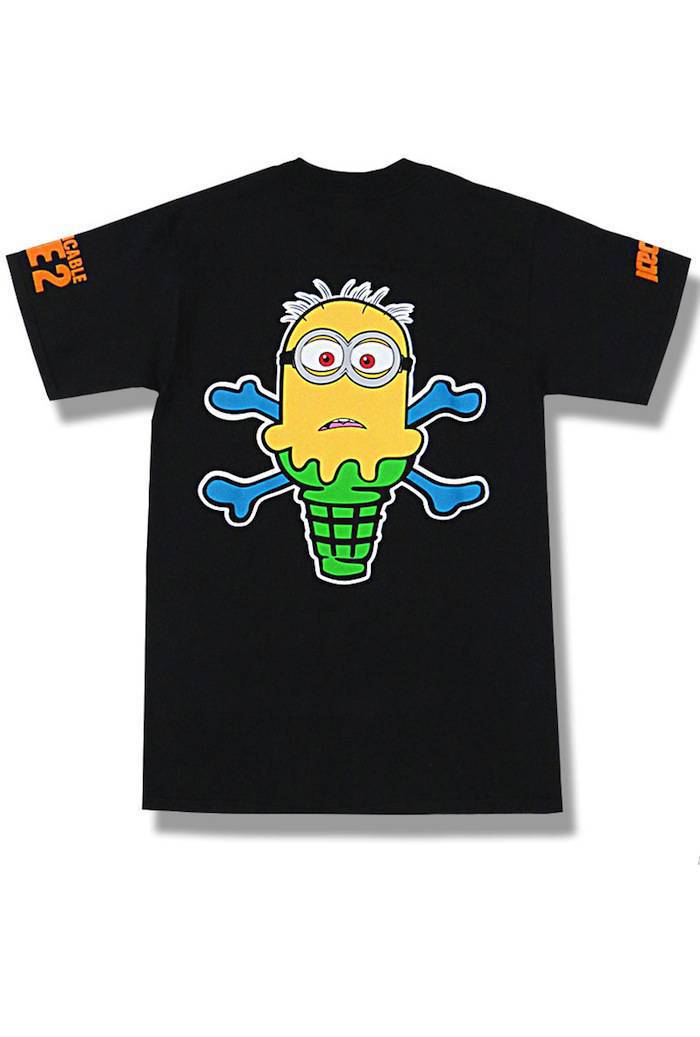 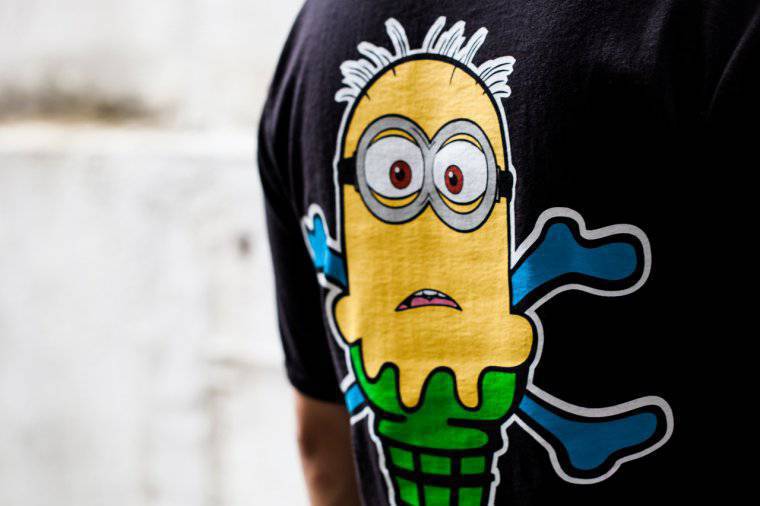 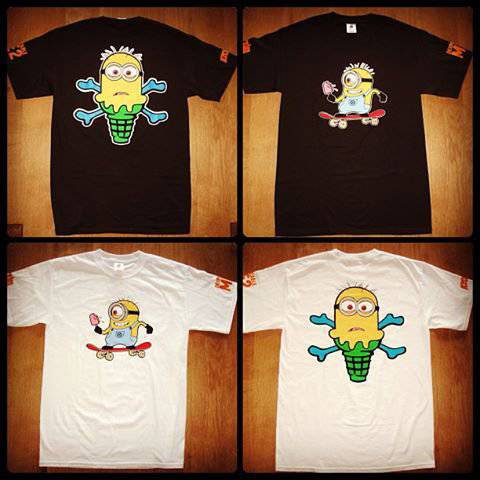