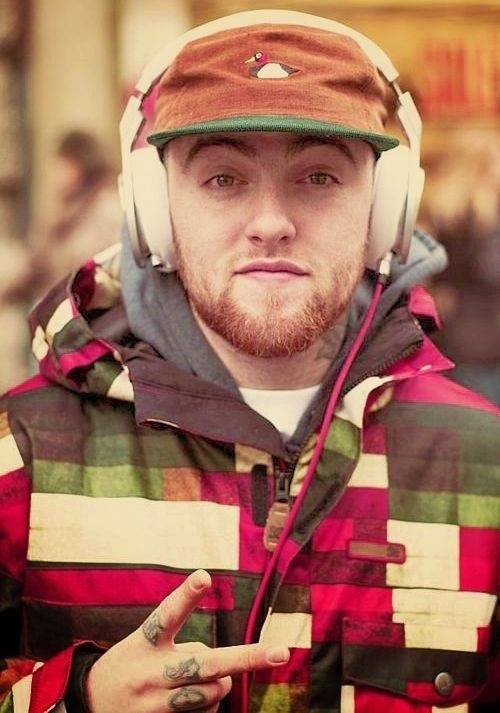 By Eric Diep. When Mac Miller announced his collaborative effort with Pharrell, many fans expected to see a large leap in creativity from the Pittsburgh spitter. After “Onaroll” and “Glow” dropped last year, the Pink Slime project sounded refreshingly different. The pair did a few face-to-face recording sessions in Miami, but there might be a slight chance they will start from scratch again, as Mac revealed in his interview with NahRight. Mac has been so busy with Watching Movies With The Sound Off that it seems right that he wants his side project with Skateboard P to be perfect. “We’re not done yet.

I kind of want to redo the whole thing. We’re both probably looking at the project differently now. He probably looks at me differently after this album.”“I have songs like ‘Objects [in the Mirror,’ which is the one from my album that I’m singing on], and ‘Onaroll,’ which was the real crazy turnt up one that got released from Pink Slime,” he says of the range of emotions on the project. “That’s the scope. One’s a very emotional record with me singing, and the other is like a disgusting song. It’s nasty. The imagery is things that you don’t want your mom to hear.”

Mac has emphasized in earlier interviews about Pink Slime that he wanted plenty of time to work on it. Though him and P have done a lot of records, Mac explained how some of those ended up being beats that were saved for Jay-Z. “We did a lot of records on the spot. But I’d also be like, ‘Hey, what you got in the Jay folder? What did Jay pass on?’ Like, ‘What’s in Pusha’s folder?’ And he told me everyone does that. He was like, ‘Jay be saying that too.’,” he said. “Sometimes you want to make that shit from scratch, which is my personal favorite. But we did a couple that Jay passed on, which was tight, because Jay’s gonna hear it, and be like, ‘Fuck, I should’ve used that.’”