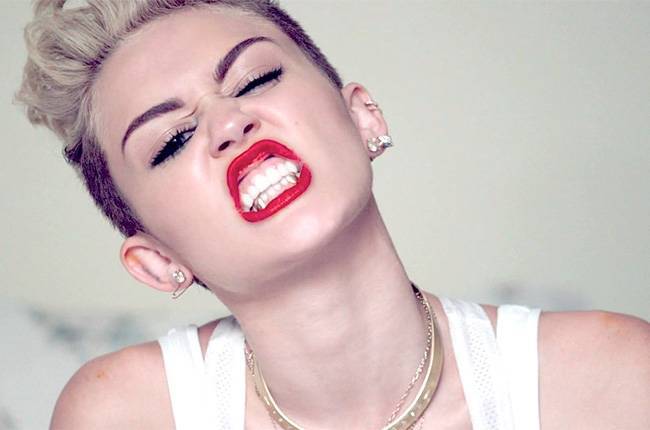 Miley Cyrus revealed to Billboard another 2 Pharrell produced tracks titled ‘Rubber Band’, ‘4 x 4 feat. Nelly’ including ‘Get It Right’. “It’s not a hip-hop album, though-it’s a pop album. I’m not coming in trying to rap. It’s more like, ‘I don’t see any girls out there doing what Miguel and Frank Ocean are doing.'” Cyrus pauses, giggling. “We’ve been calling it ‘count-step,’ because it’s like country, dubstep and a little trap,” she says. “We wanted to make something really different,” she says. “He came to my house, and I didn’t have shoes on-I don’t put a show on for anybody. He said, ‘This is why I love you: You’re just wild and free, and I want to capture that.'”

The pair wrote a song called “Rubber Band” that first day, and quickly had another, “4 x 4,” which Pharrell describes as a union of “foreign elements.” Cyrus knew they were onto something. Others were less sure. “People weren’t getting it,” Cyrus says with a groan. “They were like, ‘He doesn’t have anything out right now.’ I was like, ‘Who the fuck cares? He’s Pharrell.’ He played me a bunch of stuff he was working on that was crazy-new Robin Thicke records and the Daft Punk stuff. I realized his life was about to change the way my life was. Now look: Pharrell’s killing everyone and starting his empire all over again.“

And Miley Cyrus will get an hour-long documentary for her new Album on MTV. That program will be a one-hour documentary that features 20-year-old singer, Miley Cyrus. The award-winning MTV News and Docs team will follow Cyrus as she works on her new album and, according to MTV, “delves deep into the transformation she has experienced over the past few years.” Cyrus’ new album is due to come out later this year.

Her producer, Pharrell, has said that the year of work he has put in so far is just the beginning of even bigger things. “It’s just gonna sound like her and her influences, but it’s not that hip-hop heavy,” Pharrell said of the upcoming album, which will include snippets from Wiz Khalifa and possibly French Montana. “That’s not what she does, that’s not where she comes from. It’s a part of what she loves, which is a very big difference,” he added. Thanks to René.