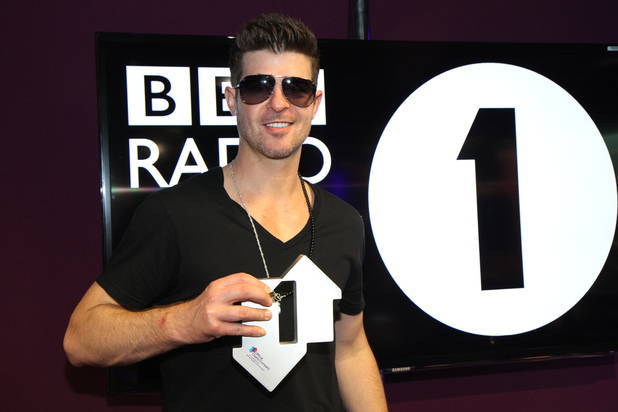 Robin Thicke has revealed hopes to record three different styles of albums. The ‘Blurred Lines‘ singer expressed his desire to record a Christmas-themed LP, along with albums dedicated to country and gospel music. Following the huge success of his collaboration with Pharrell Williams and T.I., he told The AP: “I want to get right in the studio. “I want to make a country album, a Christmas album, a gospel album. I’m like, ‘Finally!’ I’m ready to make four albums right now.”

Thicke also revealed how his record company were not fond of ‘Blurred Lines‘ upon first listen. When asked if it sounded like a hit, he said: “It did to me, and then I went into the record label and I played it for the heads of the label, head of pop radio… and everybody just went, ‘Nice. Nice’. “[It] got no response, [I] was kind of surprised by that. A few months later [I] went back in, played it again, like, ‘I think we have enough records here. I think we’ve got four or five really strong singles – or at least four or five options for singles’.” Thicke’s album Blurred Lines gave the singer his first US chart-topper earlier this month.