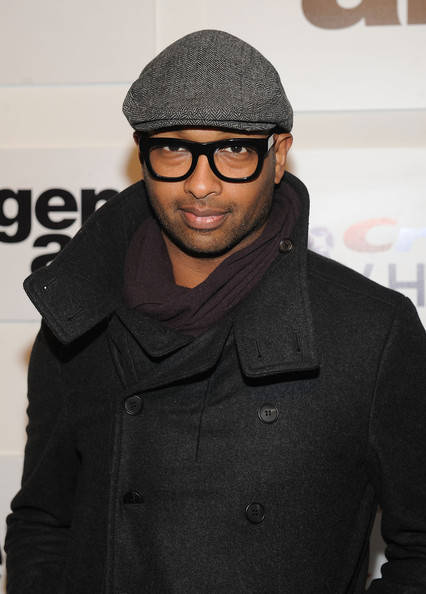 By Zachary Lipez. With the second part of his EP trilogy, the Virginia native looks to give credit where credit is due in terms of his musical influences. Kenna is almost as famous for being underrated through the Malcolm Gladwell essay, “The Kenna Problem,” as he is for his effervescent, earnest and sly pop music. Since the Virginia native came out the gate in the early aughts with critically-acclaimed albums such as New Sacred Cow and Make Sure They See My Face, there’s been no shortage of praise from critics, music executives and musical peers like frequent collaborators, The Neptunes.

It may seem weird to use the adjective “underrated” to describe someone who has picked up a Best Urban/Alternative Performance Grammy nomination for his 2009 track “Say Goodbye To Love,” promoted worldwide clean water initiatives and has collaborated or toured with many of the great pop stars of our time, including Nelly Furtado and Justin Timberlake—but it’s clear Kenna has not gotten the recognition from the masses that he deserves.

Hopefully projects like his new EP, Land 2 Air Chronicles II: Imitation Is Suicide, will be another salvo in breaking down any barriers that have held Kenna back from realizing his star potential. It’s a loose block party of electro funk and art pop, with enough cheeky come-ons to fuel a pansexual electro-clash revival night.

The knowing nods to ‘80s era MTV quirks are balanced out by the updated Rick James (the magnificent funk artist, not cartoonish purveyor of frat boy paraphrases) touches. The influences on the three songs that make up the EP, the second part of an EP trilogy based on the Emerson’s essay, “Self-Reliance,” are worn on Kenna’s sleeve, and the joy that’s taken in them is palpable. He was nice enough to sit down and discuss them with Myspace.

1. EMERSON’S SELF-RELIANCE
Imitation Is Suicide is actually influenced by Emerson; it’s a quote from “Self-Reliance.” And the main thing I got out of that was really about acknowledging your influences. At the end of the day people don’t do it enough. They pretend they’re original. They pretend those chords have never been used before, and that’s just not true. For me, I’m thankful that I have been influenced and I know my DNA makes me one-of-a-kind and I know whatever spin I have on it, it’s gonna be the difference and the glue that brings things together and makes it original. I’m not afraid of saying who it is that I’m influenced by, because quite frankly, they deserve the credit. So Imitation Is Suicide is basically saying that people kill themselves when they don’t acknowledge where they got it from.

2. CHAD HUGO
I have to say [“Wild, Wild Life”] was most inspired by Chad from The Neptunes, who really built the track, and I actually did the record on top of the track. I wrote the song on top of the track he built. It had an up-rock feel of old school hip-hop in it, but in a dance vein with an EDM twist, and that’s what Chad is great with—putting things together you wouldn’t expect go together.

3. TALKING HEADS’ TRUE STORIES
[For “Wild, Wild Life] musically the influence was Talking Heads, and I just felt it was a need to be wacky, and that was something I equate with Talking Heads. The willingness to be ridiculous and to be a character, but maybe that’s who David Byrne is. I don’t know him. It is a great record. That’s the one with Papa Legba on it, and Radiohead, which is also acknowledgement. There it is; the name of the song, the name of the band. That’s where the influence for the melody or the title was, but the song itself was just my state-of-mind. Not only was I actually willing to be the character, at the same time I was actually being ridiculous in my life at the time and that’s what the song depicts.

“Wild Wild Life” bleeds into “Relations” which is the single. “Relations” was pure delirium and the influence of David Byrne again, which is when you’re in that state, the character that comes out and says anything and does it in any melody and doesn’t care about timing or clarity. Just ridiculousness. That’s what birthed the song.

4. CONNECTIVITY AND LIFE
[“Relations”] is about connectivity and life. It’s about the fact that it’s hard to talk to a girl, or anyone for that matter, ‘cause everyone is looking at their phone. While she’s on Instagram, I’m trying to holler at her, and she’s not having any of it. It’s harder for dudes to talk to girls now ‘cause they have stuff to look at all day!

6. THE CURE
The last record “Get In Closer” is much more of The Cure. Well, I don’t think about it. I never go in with influences in mind. It’s just the years of listening to music that I love, that when the music inspires me to go there, I go there. It just happens, and when it’s done, I’m like, That’s like this, or that’s like that, and I love that. People say the darndest things [about influence]. People say the craziest things like I sound like Peter Gabriel in early Genesis.

It’s like, No, I don’t. But Okay, if that’s what you love, and that’s what you can relate to, and there’s something in it that drew you to that, I’m not going to tell you you’re wrong. I get people who say, “You sound like Sting or David Byrne, or like Rick Ocasek.“ Whoever. They say on this one song that it sounds like Michael’s “Don’t Stop ‘til You Get Enough“; it’s like…if I could only sound like that! I don’t get bummed out by it at all. Anytime someone references me against another artist, especially ones I think are great, why would that bum me out?

7. NO LIMITATIONS
The main thing I’m saying with this EP is that I can live in any genre, because I am not limited by any genre, I’m a delimited person because I’m willing to acknowledge my influences which are wide and varied. I’m not willing to be limited by anyone putting me in one world, so why wouldn’t I acknowledge the multiple worlds I live in?