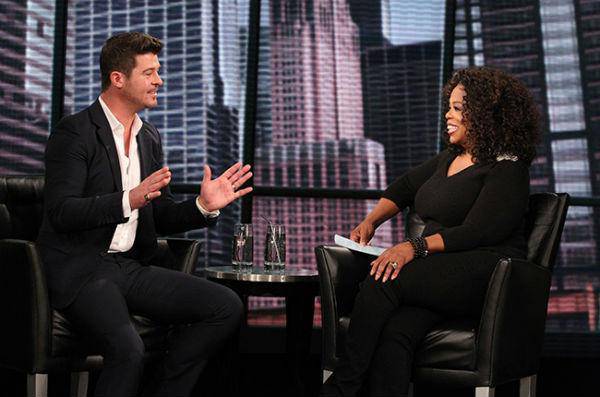 He’ll also talk about his family life with wife Paula Patton, his role as a father and working with collaborators such as Pharrell and william. “Blurred Lines” topped the Billboard 200 for 12 weeks this summer, selling over 5.4 million downloads. Thicke’s sit-down will air Oct. 13 at 9 p.m. ET/PT on OWN. Photo Credit: George Burns/Harpo Studios, Inc.