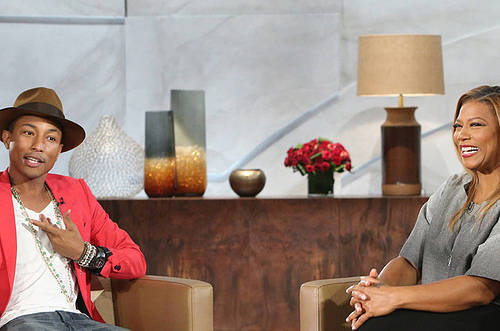 By Dave Simpson. Pharrell Williams was left feeling emotional after meeting Leonard Nimoy for the first time as the Star Trek legend has been his inspiration throughout his entire career. The rapper/producer is a lifelong fan of the sci-fi franchise and even named his first record label Star Trak Entertainment after the series, while his 2001 N*E*R*D album In Search Of… was also a nod to the programme. The hip-hop star has long admired Nimoy, who played Spock in the original Star Trek series, and admits it was a dream come true to finally meet his hero. 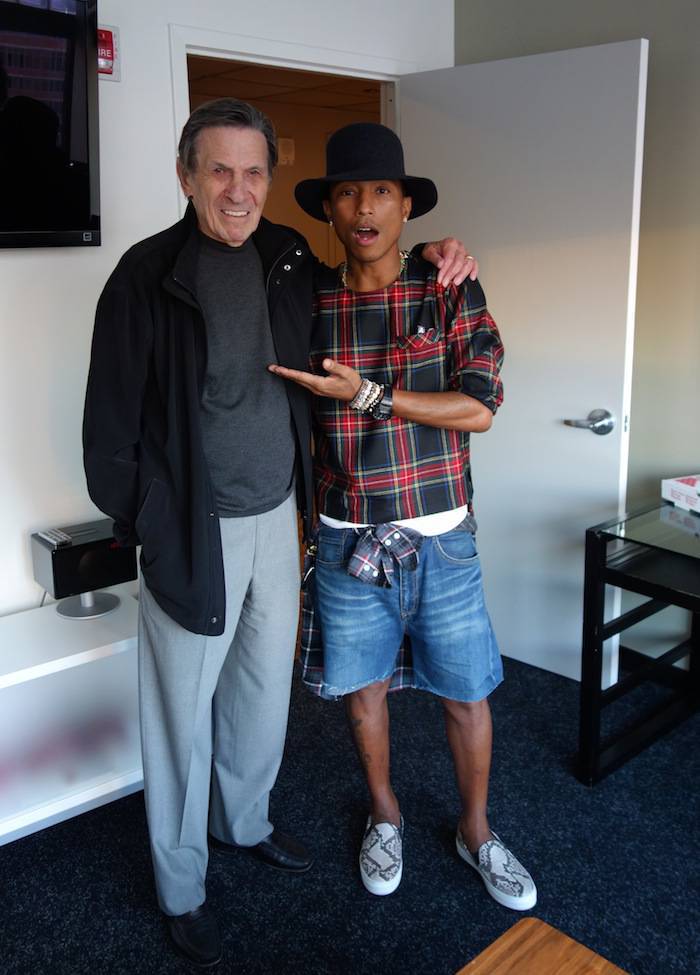 He tells actress Queen Latifah on her U.S. talk show, “I met Leonard Nimoy the other day. It was emotional for me. As I was talking to him, I was like, ‘Oh man, I’m just now realising I named my first album after your show.’ And live long and prosper has always been my thing. “To meet him was crazy. He was standing right next to me! I couldn’t believe it, but he did know who I was.”