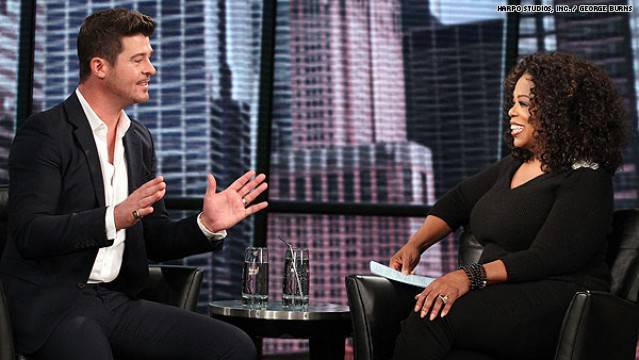 Robin Thicke wants to set one thing straight: He did not — nor will he ever — twerk. Thicke, who appears on Sunday’s episode of “Oprah’s Next Chapter,” tells the talk show host that the controversy surrounding his performance with Miley Cyrus at the MTV Video Music Awards was generated entirely by 20-year-old pop star. “That’s all on her,” he said to Oprah Winfrey. “People ask me, ‘Do you twerk?’ I’m like, ‘Listen, I’m the twerkee. I don’t twerk myself, okay? I’m just twerked upon.'” 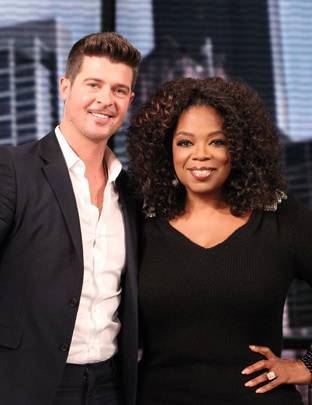 “I was on stage. I didn’t see it,” recalled Thicke in the interview. “So to me, I’m walking out towards Miley [and] I’m not thinking sex. I’m thinking fun, you know? I mean her and I don’t have that kind of — You have to remember, I’m singing my butt off. I’m sitting there. I’m looking up at the sky, and I’m not really paying attention to all that.”

However, Cyrus has said in past interviews that she and Thicke had planned to make the performance as controversial as possible. “Me and Robin the whole time said, ‘You know we’re about to make history right now,'” Cyrus said soon after the controversy. “What’s amazing is, I think, now, we’re three days later and people are still talking about it. They’re overthinking it. You’re thinking about it more than I thought about it when I did it. Like, I didn’t even think about it, ’cause that’s just me.”