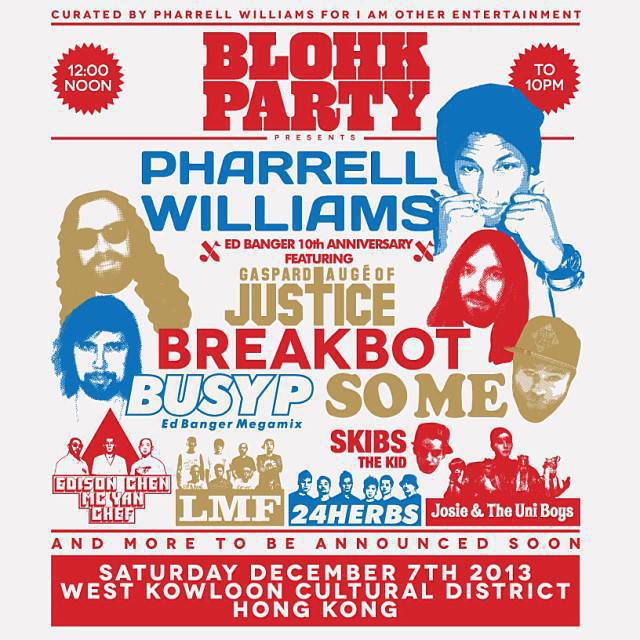 Hey Hong Kong – there’s a new festival on the… block! And this new dance, electronic and rap-focused fest is coming armed with Pharrell Williams as the curator and some big names. The Ed Banger crew is central to it all, bringing around their 10th anniversary lineup.

Along with Pharrell, Gaspard Auge from French electro dance duo Justice heads up the lineup, along with Ed Banger Busy P and stablemates from the influential label including Breakbot and So Me. Local acts like Edison Chen, LMF, 24Herbs, Josie & The Uni Boys are also joining the bill. We hear there’s more to be announced to. In the meantime, here are the details: