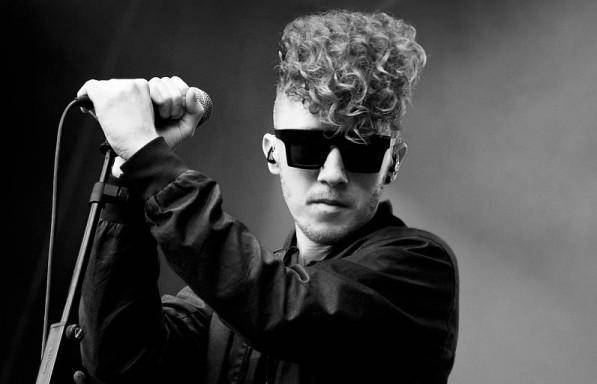 Daley sat down recently with Vibe to talk about his new single ‘Look Up’, which is produced by Pharrell, check out the interview below.

You recently collaborated with Pharrell on your new single “Look Up.” How was that?
It was really good, it was slightly nerve wracking because he’s someone who I respect a lot and I’ve listened to his music throughout my whole youth. It’s a bit scary meeting with someone like that because I would never have wanted to have a bad experience or come out of it with something that I didn’t like. In that way there was a bit of subconscious pressure on myself. But when we got in there it was just two musicians, he’s just so about the music and he’s so humble. He was really keen to get into my head and create something that worked for me, rather than a lot of big producers who feel like you’re privileged to be a part of their sound and it’s definitely not that, not with him. It was great and “Look Up” was the song we wrote together and it’s one of my favorites on the album.

Was the collaboration something that was preplanned or was it spontaneous?
I’ve been in the States quite a lot, finishing off the album, then I bumped into him three times. Once was at the BET Awards and then at Afro Punk festival in Brooklyn. It was a bit weird. So we were like, ‘OK, lets make this happen’ and a couple of weeks later we managed to make it happen and we just did it. We spent the first day just literally playing music to each other, just stuff that we were listening to. I was playing him some Soul II Soul that I was on that day and he was playing me some El Debarge so we kind of vibed it out then got to writing.

That must have been pretty surreal.
It was, it really was. It was probably one of those moments where the build up almost got the better of me because I was quite in awe of him. But like I said he’s just really humble and really about the music and when you get two musicians in a room there’s only really one thing that can happen.