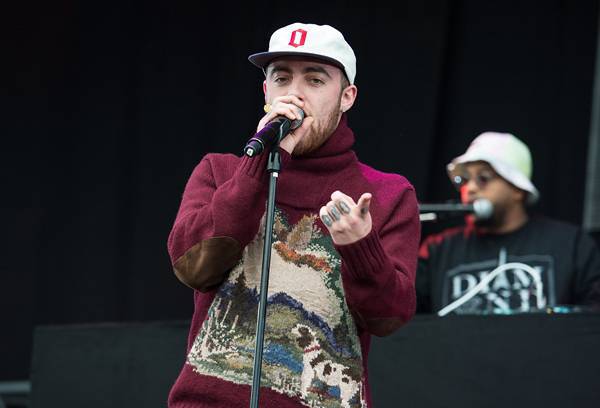 By Dan Hyman. How the Pittsburgh MC reconnected with Pharrell Williams. In early 2012, Mac Miller began working with super-producer Pharrell Williams on a joint–EP the two began referring to in interviews as Pink Slime. As Miller told Rolling Stone shortly thereafter, they planned to release their collaboration later that year. But busy work schedules for both artists and most prominently, Williams‘ mega 2013, caused the project to be put on hold. Miller now reveals the Mac-Pharrell project is back on. “We actually just talked a couple days ago,” he tells Rolling Stone. “I’m going to go see him [in Miami] and we’re going to finish it and put it out. Because the shit’s ill and people want it. We both had pretty wild years. We gotta do it!”

The rapper anticipates Pink Slime will drop by the end of 2014. “All we gotta do it sit down for a few days and knock out songs,” he says. Recording at Williams’ studio in Miami, he adds, is a reward in itself. “It’s refreshing,” Miller explains. “[In L.A.] I’m in this dungeon, my little cave that’s this weird-ass looking place that I just live in. And then to go to Miami, it’s just so nice to see natural light and a pool and happy things. It’s good.” Miller is embracing collaboration in all forms: his forthcoming debut live album, Live From Space, recorded during this past summer’s Space Migration Tour and due on December 17th, finds the Pittsburgh rapper performing nearly all of this year’s Watching Movies With The Sound Off with backing accompaniment from L.A. funk duo the Internet.