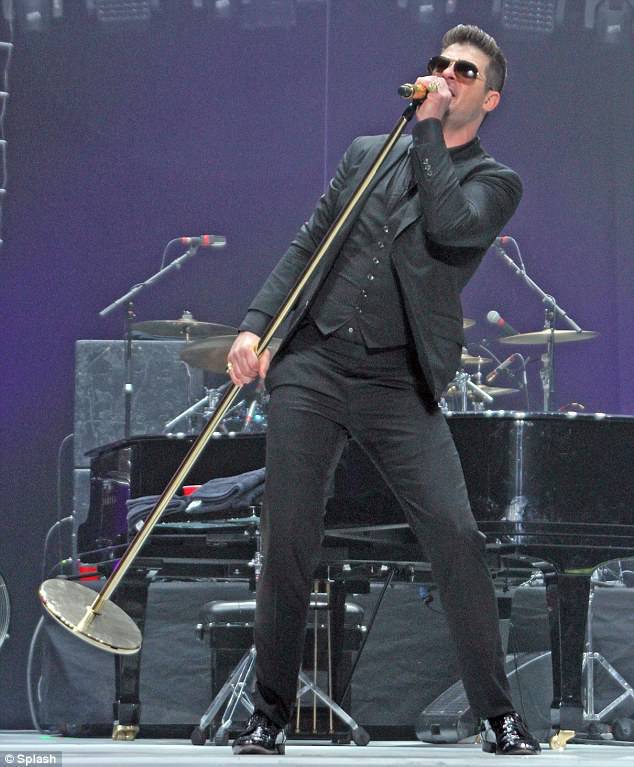 The ‘Blurred Lines‘ hitmaker has teamed up with alcohol brand Rémy Martin, of which he is an ambassador, to bring his V.S.O.P bottle to London. The bottle, which is available at Selfridges, RRP £44.99, features Robin’s signature on next to an image of a microphone and several musical notes. Robin celebrated the launch of the bottle and his recent gig at London’s The O2 by partying with a Rémy and Ginger in hand at central London club Maddox.