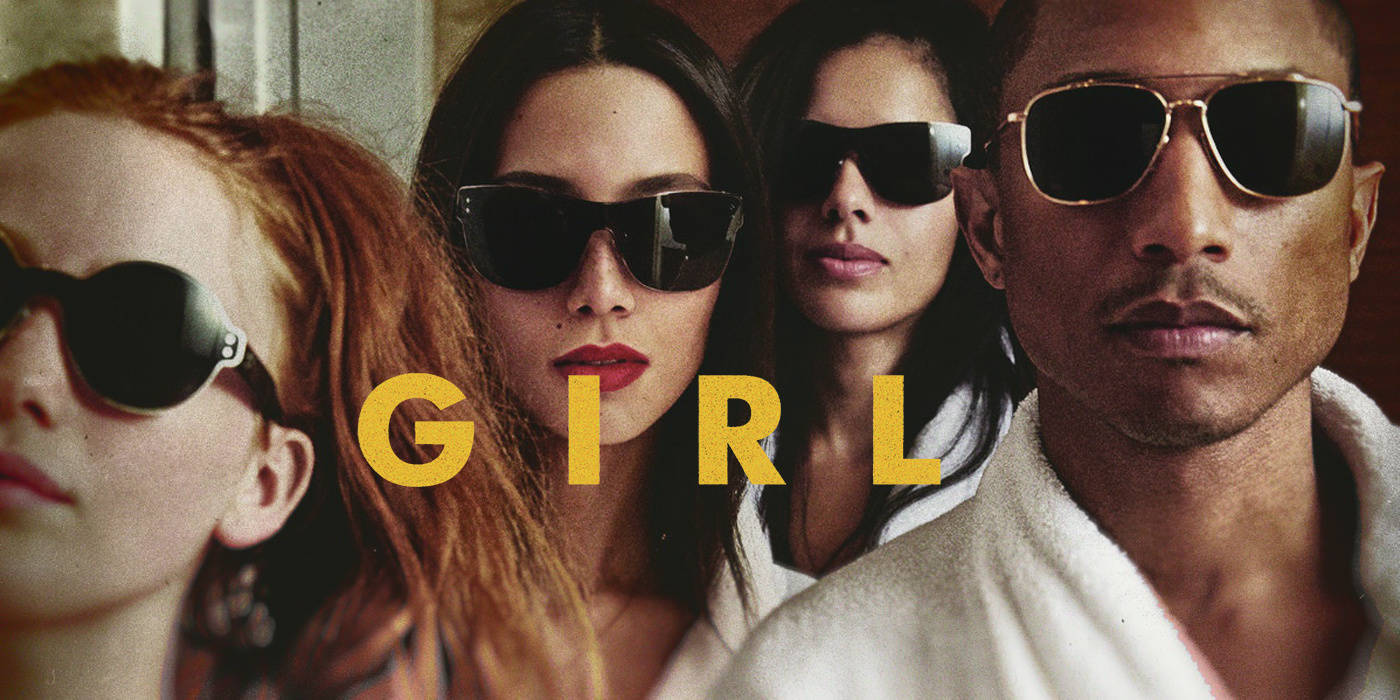 Pharrell also wanted to show off his appreciation for women and all that they have done to contribute to his success with the album title. “Women have been so good to me over this entire career and they’ve done so much for my family,” he continued. “Everything I’ve ever gotten is because they’ve paid for [it], so they’re, like, my bosses — indirectly and directly — you guys are like my bosses. So for me, I wanted to analyze that for a second.”

“We need them,” the “Happy” singer/producer added before poetically breaking down the miracle of birth: “Every human being has come through those silver-lined doors.” All of the speculation about the meaning of the letters in the title led to a bit of creative head-scratching here at MTV News. In an attempt to figure out exactly what Skateboard P was trying to tell us, we came up with a few ideas of our own, including Giraffes In Red Loafers, Grizzled Independent Rabbi League and Grueling Indie R&B Listen.

Though our guesses were off the mark, the folks at P’s I Am Other creative organization sure did get a kick out of it. “Duh @MTVNews, G I R L stands for Get It Right y’alL,” they jokingly tweeted. Regardless of the meaning, Pharrell is pretty confident about the outcome. “G I R L, I think, is my best work yet,” he said. 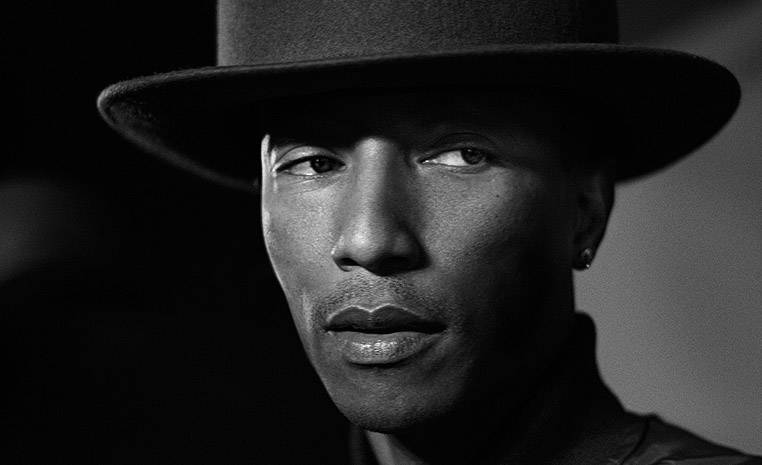 Prior to the release of Pharrell Williams’ new album, “G I R L,” on March 3, his music will be heard in a Red Bull TV ad, promos on ABC’s “Good Morning America” and, quite possibly, on eBay. The wildly popular first single, “Happy,” will definitely be heard on the Academy Awards on March 2. “Coming off the Grammys, his performance at the NBA All-star Game that showed the depth and the breadth of his work, the Brit Awards and the Oscars — it’s taking advantage of the global spotlight on him,” Columbia Records senior VP of marketing Scott Greer tells Billboard of the newly set release date.

None of the music from the Columbia album will be released in advance and anyone choosing to pre-order the album on iTunes has to do so knowing only one of the album’s 10 song titles, “Happy.” The Red Bull ad will debut March 1 with a track from “G I R L” that is expected to run for several months. “Happy,” which has already been prominently featured in a Beats by Dre commercial, will be used in Fiat commercial with Diddy and in promos for “GMA” as it makes inroads in at least six radio formats.

“Now we’re going to work on ways toward telling the story of what the album is,” says Columbia Records GM/executive VP Joel Klaiman, who called it “innovative yet comfortable.” “How much we get to do in the next 13 days is in discussion. It’s not fully decided.” The decision to release the album globally the day after the Oscars was made less than 10 days ago after it was determined Williams and his management team was satisfied with the music. Ideas about standard rollouts and waiting to break a second single were discussed, but ultimately the label decided to strike when hot.

“We’re happily tightening the window between announcement and release,” Klaiman tells Billboard. “When you look at the last year, Columbia had three of the most talked-about album releases. David Bowie was in silence without any activity (prior to release). Beyonce had rumor and speculation and she put out an audio-visual experience that shocked the world. Daft Punk had an incredible collaborative effort with teaser announcements. Pharrell wanted a sense of urgency to the project.”

Williams’ announcement was made at midnight West Coast time on Feb. 19, coinciding with his performance of “Happy” and “Get Lucky” with Nile Rodgers on the Brit Awards in London. He sent out a 25-second video via Twitter and Instagram of him working in the studio with a string section under the direction of composer, and Williams’ film music mentor, Hans Zimmer. Future messaging will also come through eBay, which has a pre-existing relationship with Williams.

The middle of April is the earliest a second single would be released, Greer says. “The impetus for that is the timeline on the international side with the European market and the U.K. moving faster through singles than the U.S.” And fans of “Happy” should circle March 20 on their calendars. That’s the International Day of Happiness, and Williams and his team are exploring a way to explore another 24 hours of happy.