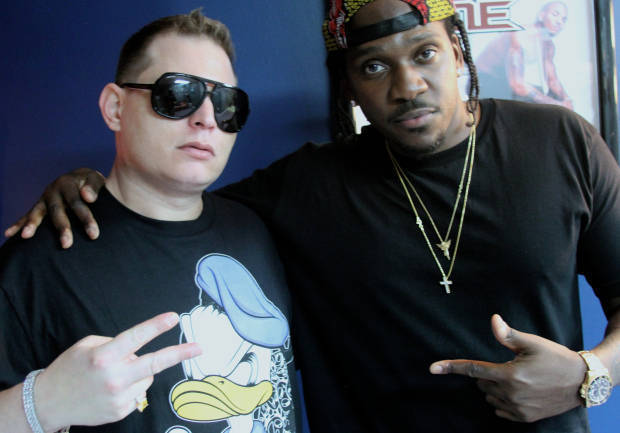 Pusha T. has been working on the follow-up to his successful debut My Name is My Name. While in Miami, Pusha touched base with legendary producer Scott Storch to start work on his sophomore album King Push. Pusha T spoke on the classic touch that working with Storch was going to add. “I just think I came over here because music is coming back to musicality and people who are really skilled with it on the keyboards and sounds sophisticated, who else is better at sophisticated music than Scott Storch?”

Pusha revealed: “I’m working on my album its entitled King Push. I just strive for perfection I’m coming in here with the heavy hitters. I’m coming in here with heavy producers, simply because you know when I do my mixtape thing, it’s me…my mind, my beat picking, I turn into a student.” Scott Storch also touched on working with Pusha on his new upcoming solo effort. “He’s always looking to do something special. The fact that he’s doing his solo thing he can really hone in on that and tailor make it to the way he wants it,” Scott Storch added.