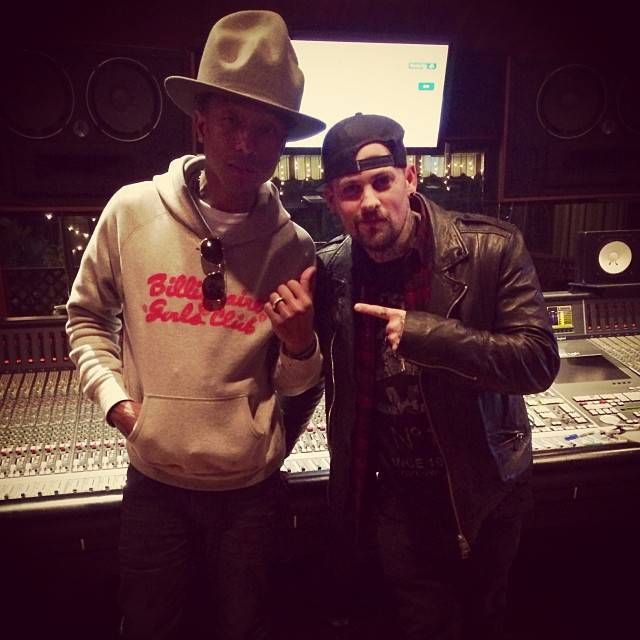 Exactly after Two Years since The Madden Brothers revealed that their new album will be executive produced by Pharrell, the guys met up In the studio once again to work on the project.

“The inception of the project was me and Joel and Pharrell in a room just talking music and music now, where it’s been, where we’ve all been,” Benji says. “And then we wrote one song together.” “It’s been a cool break from the norm for us and the Madden Brothers record is quite different from the mixtape in a lot of ways, and similar in other ways,” Joel says. “It’s definitely left some influences on our style.”