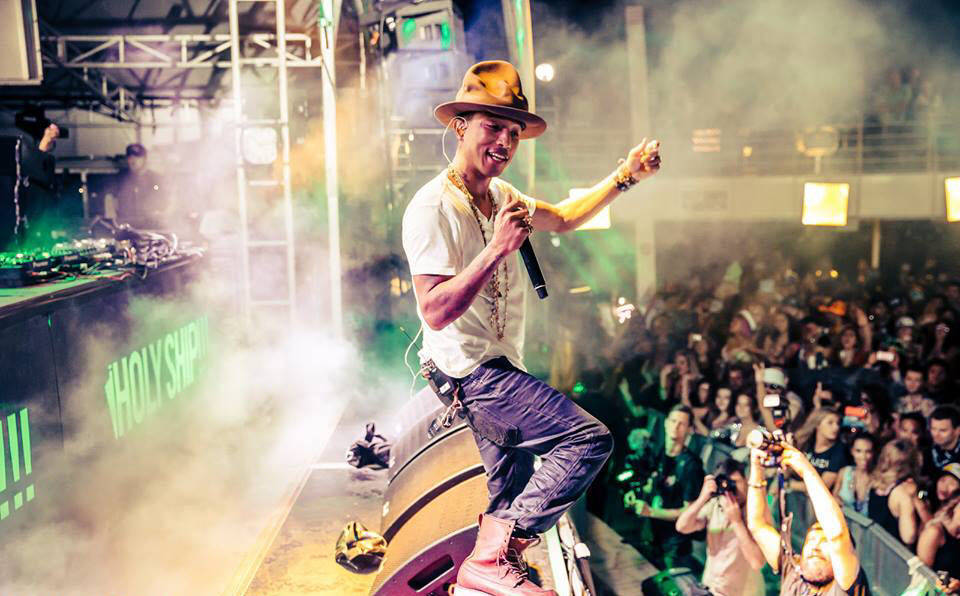 Pharrell has pulled out of plans to join Bruno Mars on tour in Canada next week due to scheduling issues. The Happy hitmaker has been opening for Mars on his Moonshine Jungle World Tour in recent weeks, and the pair was due to take the show to Montreal on Wednesday.

However, Williams has since had to cancel his appearance on the latest leg of the tour due to a “personal conflict“. Instead, Mars has recruited R&B singer Aloe Blacc, pop duo Nico & Vinz and Black Cards singer Bebe Rexha to fill in for the Canadian concerts, which will wrap up in Squamish, British Columbia on 8 August.

July
– 30th and 31st August – Made in America Festival – Philadelphia (US)