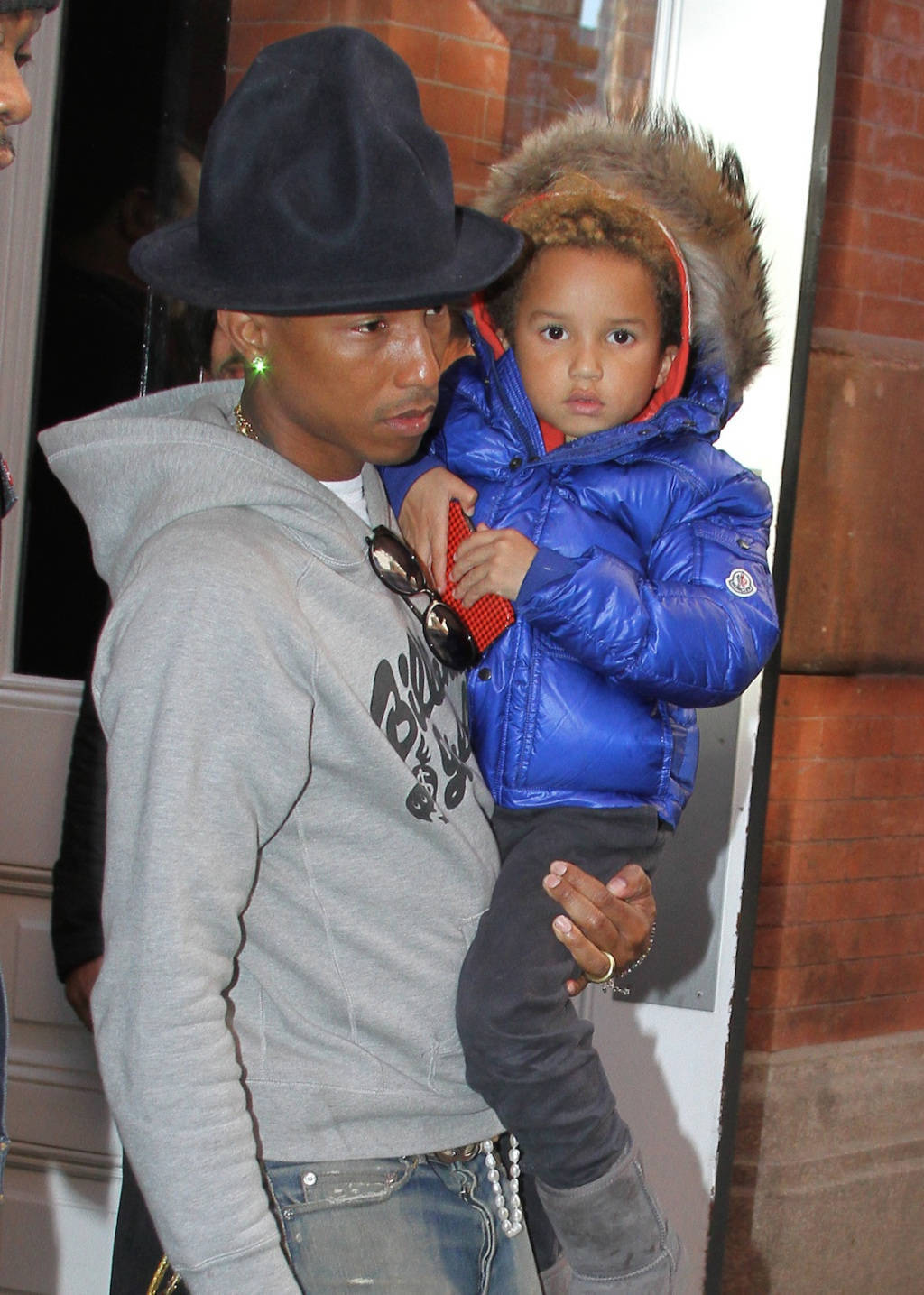 The ‘Happy‘ hitmaker has revealed his only child, Rocket Williams – who is now four – looks set to follow in his musical footsteps because he can already play keys, much to the 41-year-old star’s surprise. He said: ”He plays keys, it’s amazing. I didn’t start playing piano until I was like in my twenties because I was a classically trained drummer, [my son] was playing keys at like three!”

Pharrell admits he really misses Rocket and the youngster’s mother, his wife Helen Lasichanh, when he is on tour but thanks God that video call application FaceTime has been invented so he can see his family while speaking to them from overseas. While he misses his wife and son when he is playing gigs abroad, the singer admits he enjoys performing to crowds and thinks of it as more of a treat for himself rather than the audience.

Speaking on ITV’s ‘Good Morning Britain’, he added: ”I’m performing but I kind of feel like I’m the one enjoying the show because they’re all there making me feel amazing. ”My band is there to support me, the dancers, the bass, I feel like I’m the one that’s getting a treat because it’s like ‘man y’all don’t have to show up here for me!”’