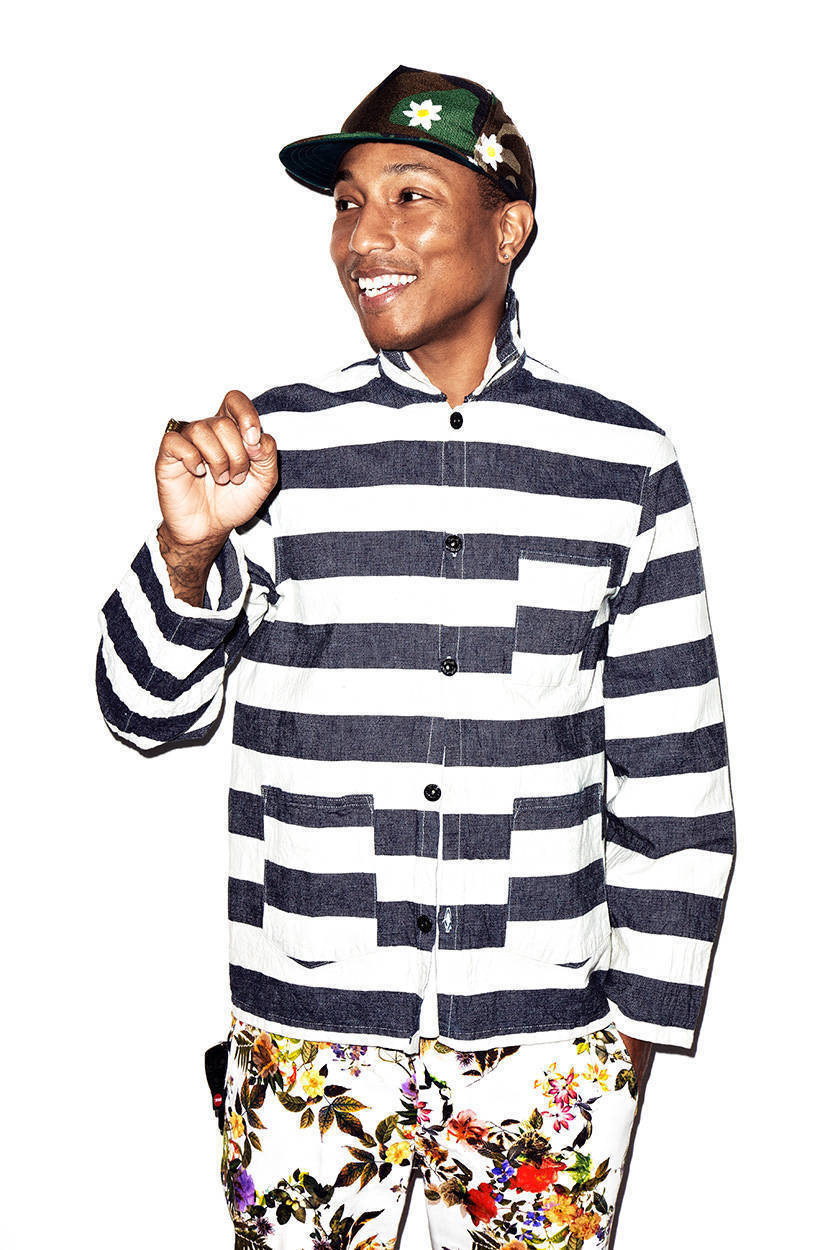 The ubiquitous feelgood hit from the hat-fixated R&B star overtakes Robin Thicke’s Blurred Lines – which he also produced. After taking over pop radio, wedding dancefloors, school discos and everywhere in between, Pharrell Williams’ mega-hit Happy has become the Most Downloaded Track Ever in the UK. He overtakes Robin Thicke and his equally ubiquitous Blurred Lines, which Williams also produced.

While his collaboration with Daft Punk, Get Lucky, moves down to sixth-most downloaded. All Three Tracks sold over a million copies within a year, a feat only The Beatles have matched. “I would just like to say thank you, first and foremost, to the people, because the charts are determined by them,” Williams said. “The people of the UK have been so supportive of me over the years… That’s the lifeline, without them you’re just a musician with a couple of ideas but with them, that is the thing that changes everything when they get involved, your little idea can become something.”

Places three, four and five are now occupied by Adele, Maroon 5 and Gotye respectively, with Black Eyed Peas, Avicii, Rihanna and Kings Of Leon also in the top ten. It comes in the week that another chart milestone was breached: Calvin Harris, recently named the highest-earning DJ in the world with $66m last year, has become the first British solo artist to earn a billion streams on Spotify. With big stars like Adele opting out of the service, the way was clear for Harris, whose solo tracks and collaborations with the likes of Rihanna (the ninth most downloaded track ever) have generated £4m paid out in royalties from Spotify. His most popular track is EDM smash Summer, with 160m streams.