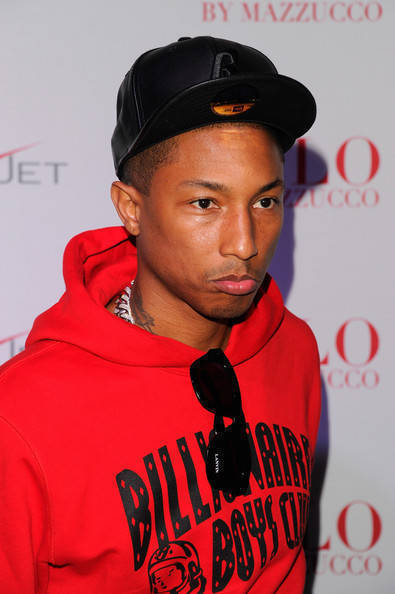 By Pia Catton. The Apollo Theater, seeking to add a jolt of creative adrenaline to its leadership, said on Tuesday that Pharrell Williams will join its board of directors. Mr. Williams, who won the 2014 Grammy for Producer Of The Year, topped charts around the world with his pop single “Happy” and in September joined the judging panel of NBC’s singing competition “The Voice.”

Last year, he contributed to two of 2013’s most popular hits, Daft Punk’s “Get Lucky” and Robin Thicke’s “Blurred Lines.” His pop-culture influence and ability to spot the next trend are what the Apollo needs, said its president and chief executive, Jonelle Procope. “A lot of the legendary performers whose careers began at the Apollo went on to superstardom,” she said. “Who are those artists today?”

The Apollo, which turned 80 this year and is well known for its televised “Amateur Night At The Apollo” series, in recent years has begun to take a more active role as a producer, not just a venue. In January, it launched the 21st Century Apollo Campaign with the goal of raising $20 million to support new programs that will headline its Harlem location and can tour nationally and internationally.

Richard D. Parsons , the Apollo’s board chairman, said Mr. Williams understands the organization, “not just the legacy, but where we’re going.” Mr. Williams has performed previously at the Apollo, but as a board member, he will be able to have more input in the organization’s strategic direction, though the details and frequency of his involvement are yet to be determined. “We don’t need him to come to every meeting and opine about governance issues,” said Mr. Parsons. Artists are valuable board members, Mr. Parsons added, because they deepen the Apollo’s ties to the creative community.

The producer Quincy Jones as well as actress Leslie Uggams are currently on the board. In addition to Mr. Williams, the Apollo elected five other new board members: Robert K. Kraft, chief executive of the Kraft Group; Jason L. Mathews, a managing director at Goldman Sachs; attorney Carolyn Minick Mason ; Charles Phillips , chief executive of the software firm Infor; and event designer Bronson Van Wyck. Asked if Mr. Williams will wear one of his distinctive oversize hats to board meetings, Mr. Parsons said: “I doubt it.”