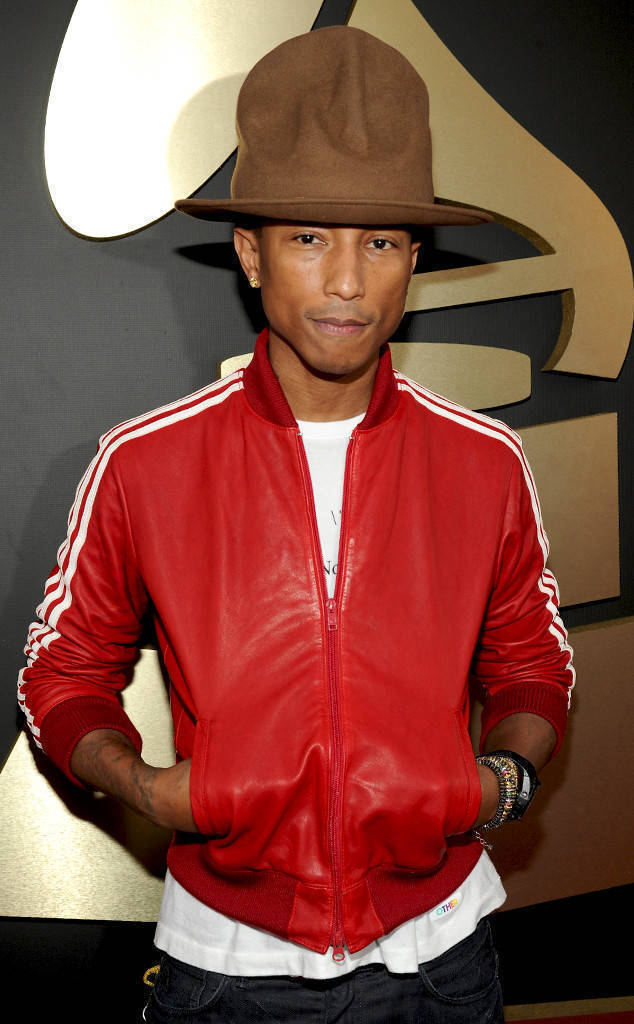 Well, since I’ve updated the site last night, the Album Of The Year Category has been revealed and Pharrell’s ‘G I R L’ is also nominated! So he’s got now Four Nominations, congratulations to Pharrell once again.

Posted: December 6th.
In late November 2013, Pharrell Williams launched “Happy” with the world’s first 24-hour music video, which featured a who’s who of celebrities and Minions from Despicable Me. A few days later, he put out a four-minute edit of the video event, which earned a nomination for Video of the Year at the MTV VMAs.

A year later, he’s been nominated for Best Urban Contemporary Album with ‘G I R L’, Best Pop Solo Performance and Best Music Video with ‘Happy’. The organization behind the Grammys, NARAS, announced the nominees for next year’s awards throughout the day Friday via its Twitter account with the exception of Album Of The Year, which will have been announced on Friday night at 9 p.m. EST during CBS’ TV special A Very Grammy Christmas. The ceremony will air on Sunday, February 8th on CBS.