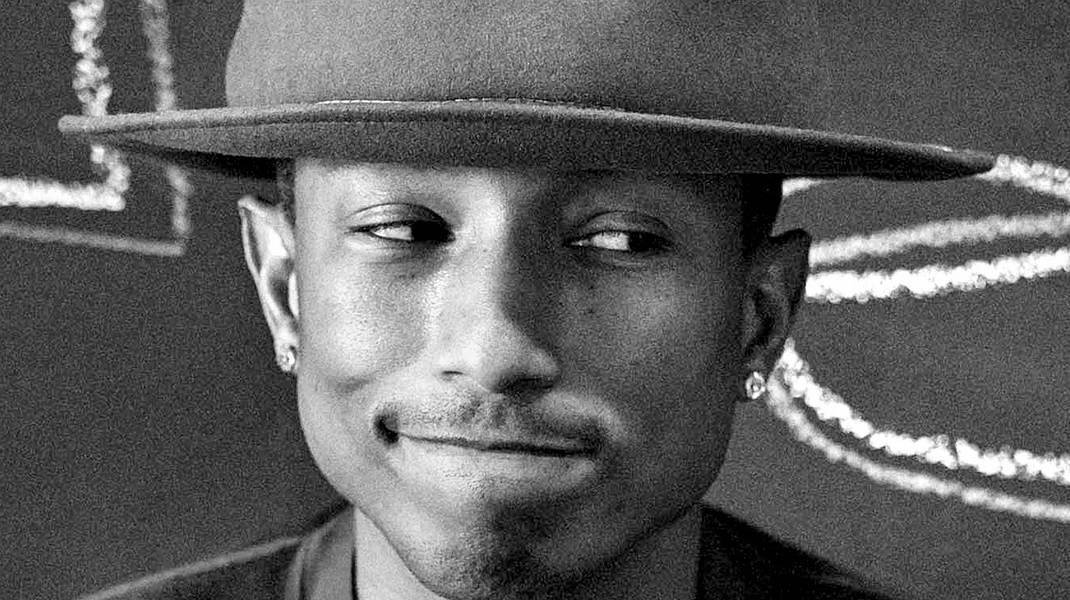 Turning Point: “Happy,” the world’s first 24-hour music video, becomes a global sensation. Happiness is a human right. It’s neither a luxury nor a triviality. It’s given to you at birth, but you must recognize its existence. It’s as important as the breath of air in your lungs. If people aren’t happy, the world is not right.

Most people think that once they have found “it” — whatever that “it” may be for them — then they will have attained “perfect” happiness. But happiness always comes from within, and many unfortunately take it for granted, or feel guilty about it or suppress happiness instead of setting it free. It’s not possible to experience constant euphoria, but if you’re grateful, you can find happiness in everything.

While I’ve expressed gratitude many times for what my song “Happy” did for me personally, I will never stop saying thank you. I’m thankful for all the people behind the song’s success, and how I was constantly pushed to do more — my song submissions for this scene in “Despicable Me 2” were rejected nine times. I’m thankful that people now know my name where they hadn’t before.

But what has moved me the most is that people from all over the world, in places like Serbia, Poland, Japan, Mexico, Korea, Brazil, Senegal and Jordan, took this song — one that I was lucky enough to create — and made it their own. I didn’t create this phenomenon. Everybody else did.

Moved by the spirit of “Happy,” people young and old, from the most remote corners of the globe to the most polarized, began recording homemade videos of themselves dancing and singing along to the song. People expressed joy to the track in the tsunami-ravaged Philippines, the Gaza Strip, Vatican City, the Ukraine and beyond. And in the spring, just days after Iran’s president had denounced Internet censorship, a group of young Iranian men and women were arrested after posting their own version, “Happy In Tehran,” and were forced to publicly apologize before they were released on bail.

It’s those people, inspired and brave, making their own videos and sharing them on YouTube, who showed me how happiness can connect us all. This reminded me of how music can break down barriers, transcending language, religion and even geography. Music can be political: Harmony can penetrate the walls where attitudes can’t, and a melody can get your attention more quickly than a shout.

Music can send you in a different and unexpected direction. In my own life, “Bonita Applebum” by A Tribe Called Quest set me on a new path. Its creativity made me curious, which helped me to start to chisel away at what I wanted to know. It got my mind going, got me asking questions — it was the first song that ever did that for me.

And music is universal. It’s easy to forget how the power of music can prove how similar we are as human beings by taking us all to a common place, a shared feeling, an emotion or an understanding of something that is often inexplicable. It can make us all smile — and few things on this earth are as beautiful.

It’s humbling to know that something I touched helped to inspire millions of smiling faces, reaching disparate people across far-flung places. There are really no words to explain that feeling. Humbled seems inadequate. People often ask me why I think so many connected with the song. And that’s just it — the connectivity. We’re more connected than ever now, and this phenomenon would not have happened without a channel like YouTube or the ability to easily create and share videos, but it’s the emotion that really drove it.

Happiness is the truth, and it’s contagious. How can you not smile when you see someone who is happy? It’s such a simple thing, and we need so much more of it as we face the challenges that threaten peace all over the world. That’s why I participated in the United Nations’ International Day of Happiness on March 20, which every year celebrates unity and says that the pursuit of happiness is a fundamental human goal that should be recognized in public policy objectives.

Building on the organic response to 24hoursofhappy.com, we created 24hoursofhappiness.com and inspired people to submit their own “Happy” videos. We received responses from more than 140 countries and the result was a 24-hour celebration and a wave of happiness worldwide. People came together in cities to sing, dance and celebrate happiness. A flash mob gathered in Croatia; “Happy” played on Jumbotrons in Tokyo, Japan; and there was a #HappyDay video contest in Indonesia.

I plan to take this turning point into the next year. In 2015, I will use the song to bring attention to the United Nations Global Education First initiative, which aims to put every child in school and foster global citizenship. Happiness should not just be a temporary phenomenon, and it should not be limited to just one moment in 2014. If we can connect on this level, we can connect on others, like accepting each other’s individuality and working toward a greater sense of well-being.

We all need to recalibrate our self-awareness based on happiness, or we won’t know who we are or what we stand for. Only then will we realize that there’s always a reason to smile, we can make social progress and we can truly become a global nation. With almost a billion views combined, I hope the “Happy” video continues to inspire humanity and the pursuit of happiness. Happiness is not found over the rainbow or in some mythical place.

It’s around the corner, dancing down the street with no cares in the world. Our time on this earth is not infinite. We need to welcome any opportunity to smile and can’t afford to waste one second. There’s real purpose in our desire for happiness — it’s not silly or even selfish to pursue it. So yes, it might sound crazy what I’m about to say, but it’s my responsibility to repeat it. Go ahead, feel like a room without a roof. No boundaries, no limits, no restrictions. Dance like no one’s watching, smile like love and believe that happiness can change the world.