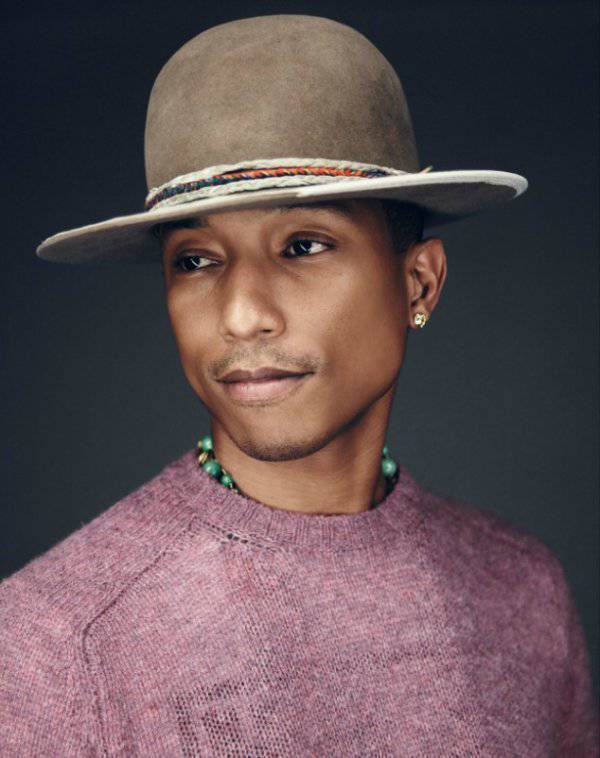 Thanks to Spaceman. Earlier this summer I wrote a profile of Pharrell Williams for New York, and then later we ran an edited transcript of the interview I did with him for the profile. I said something in the intro to that transcript about how I was cutting out the “mild geek-talk” we started with, because most people want to hear Pharrell talk about things other than quantization, or why he switched to using Logic.

I probably should have realized that was just a giant tease to the subset of people who really, really do want to hear Pharrell talk about things like quantization, or why he switched to using Logic. Those folks keep sending emails and tweets asking politely for that chunk of the interview, so here it is — just click through. I guarantee it’s not as in-depth or revelatory as you were imagining, but you asked!

The technology involved has changed so much since you first got into recording. I mean, when you and Chad were teenagers, and first making music together, I assume you were using … what, a four-track with cassette tapes?
Chad did a lot of the engineering. I just fooled around on keyboards, for the most part, for what I knew at the time—I was a trained drummer, so I only knew a few chords, but I mostly played basslines and stuff. All the technical aspects of it, I kind of stayed away from, because I was only interested in the creative process. But then at a certain point, to a certain degree, I had to learn those machines, so they could continue to flesh out what I was thinking and feeling—because sometimes you just can’t put it into words. We just had a … a DX … DX-7? It’s so terrible that I don’t know. For recording purposes, yeah, we were recording to some kind of cassette.

And since then, the options for recording have changed and grown by leaps and bounds. Was there ever a new piece of gear, new technology, or new software that just completely changed the way you worked?
Every few years, you just change systems. Now, I just made the leap to Logic, cuz I think it’s easier to navigate. The funny thing is, I create in Logic, but I dump everything to Pro Tools. When you’re hearing music that we have mixed, it’s usually just dumped—that’s become our new two-inch tape, Pro Tools. So we mix in Pro Tools.

Does changing systems like that change anything about the way you work, the way you build a song?
No. It’s pretty much always been the same process. Just different tools, different ways of achieving the same thing. It’s always been like Legos for me. You’re just building with blocks.

So when you’re ready to work on a song idea—you’re just sitting down at a sampling keyboard?
We will sample sounds, to use them. A spoon hitting the inside of a big metal pan could be a snare, or a bell—it depends on how you tweak it, mix it, EQ it. We have just a whole bunch of chopped sounds. It’s mainly a playing thing, at this point. I always send my engineers to go sample sounds—you know, a TV turning on, that high frequency. Then I can assign each sample to a note, and make a chord out of that high frequency when your TV turns on. A door slamming is sometimes a great snare. You just use them in different ways.

And then you play different parts and loops by hand, right? As opposed to, you know, programming them with a mouse.
Yeah, I’m much more of a player and a feel person. Feeling is much more important to me, capturing that feeling in that loop. You have a starting point and an ending point, and it’s what you do when it’s looped, and that becomes a pattern—it’s almost like a tile. You find a tile that you like, and then you replicate it. And the idea is that once it’s all together, as a mosaic, that’s one big picture. That’s a how a track is made, to me.

I saw an interview where you said that, when you’re listening to music, you sometimes get annoyed that lots of people use the same preset sounds, or quantize everything so it’s on a perfect grid.
I don’t usually discuss my processes, but … I think there’s a certain amount of things that should be quantized, and a certain amount of things that should have some human feel. But that’s without being too specific.

Does it bug you to hear music where everything’s very gridded and rigid?
No! Because (a) I think there’s room under the sun for everyone, and (b) I think your way of doing something is your way, that’s your actual identity. You’re a human being. It’s your way that makes it you.

I’m curious about how you change systems. If you have one way of working, and you’ve used it for years to make all these hugely successful songs, and you have a busy schedule lined up where you need to be in studios, making more music … how do you even find time to learn new software, and be ready to work with it?
I’m super-stubborn. I’m an Aries, I’m a creature of habit. So I’m like, no. Then finally fate forced my hand and I learned Logic. One of my engineers taught me. He’s like, “I’m telling you…” My gear list was so crazy and super-expensive—I would order like five, ten thousand dollars’ worth of gear every time we had a session. Maybe more like 7,500. Because you’re ordering from all these different places, you’re renting things. And eventually it’s like, wait a minute, I could just buy the fucking thing for 2,500 or whatever. So then we would have all this equipment in different studios, equipment I was buying. But still—I’m working on one keyboard, and it only has 16 tracks. The company that makes it knows who I’m talking about. I had all this outboard gear that had all these modules stacked up on top of each other. So basically you couldn’t see me because I was behind this New York City skyline of equipment. Roland 1080, Roland 5080. ASR rackmount. Triton. Trinity. All these things, stacked up around me, just to get a sound. And then the sound cards. He was like, “I’m telling you, you can just get Logic, you’ll have all this shit over here.” But I gotta learn a new process of sequencing? So you spend a day doing that, just get through it, and you kind of know it, and all of a sudden you can just keep adding more and more sound banks.

Wow—so all it took was a one-day crash course?
Well, by week two, I was like: oh, I love it. The first day I made this track—the first track I made, I loved, I’m actually going to put it out next year. But it was good. Using all stock sounds, but it just felt good. That’s what really convinced me, is what I was able to achieve in the first go-round. And I can actually pan things and do all this stuff I usually do when I’m dumping. I could do it all in my computer. And then I was able to actually record vocals into my computer, just as scratch vocals, and I’d never been able to do that with my previous keyboard setup before. And it was Apple. It’ll be a minute before someone peels me off of Logic.

How long have you been on it so far?
It’s been like three years.