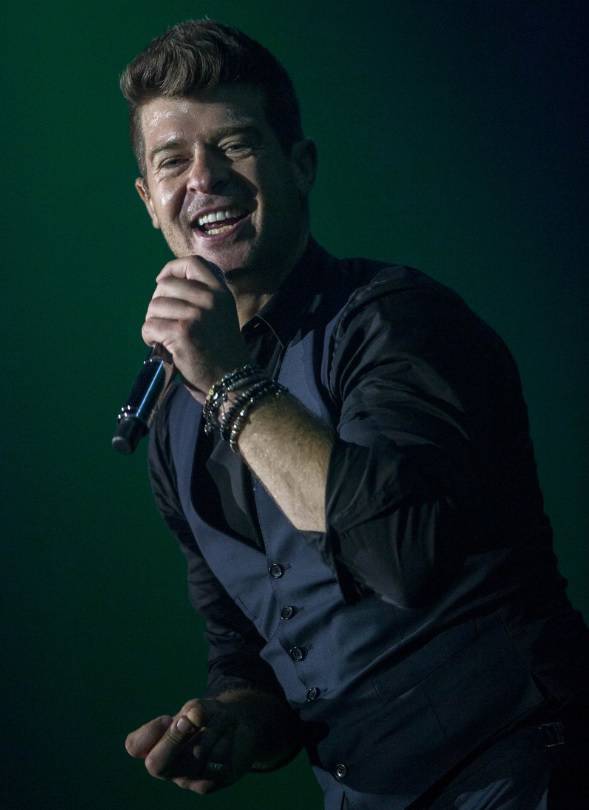 Robin Thicke serenaded a star-studded audience at the amfAR gala in Hong Kong on Saturday night with “Blurred Lines,” just four days after a jury in Los Angeles ordered the singer and Pharrell Williams to pay about $7.4 million to the family of Marvin Gaye, concluding that the pair’s 2013 hit song copied parts of Mr. Gaye’s “Got to Give it Up.” 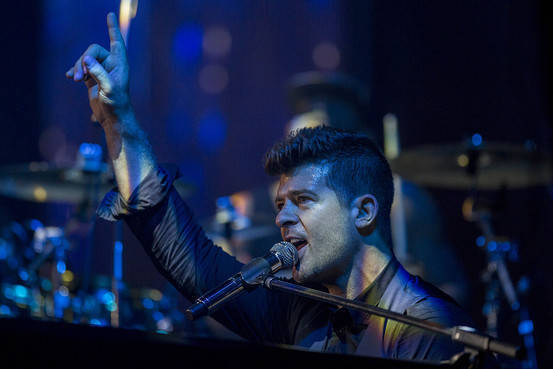 But the court case that grabbed headlines stateside seemed to be as far away as, well, the other side of the Pacific Ocean, as Thicke brought the crowd to their feet with three other songs, including Michael Jackson’s “Rock With You.”