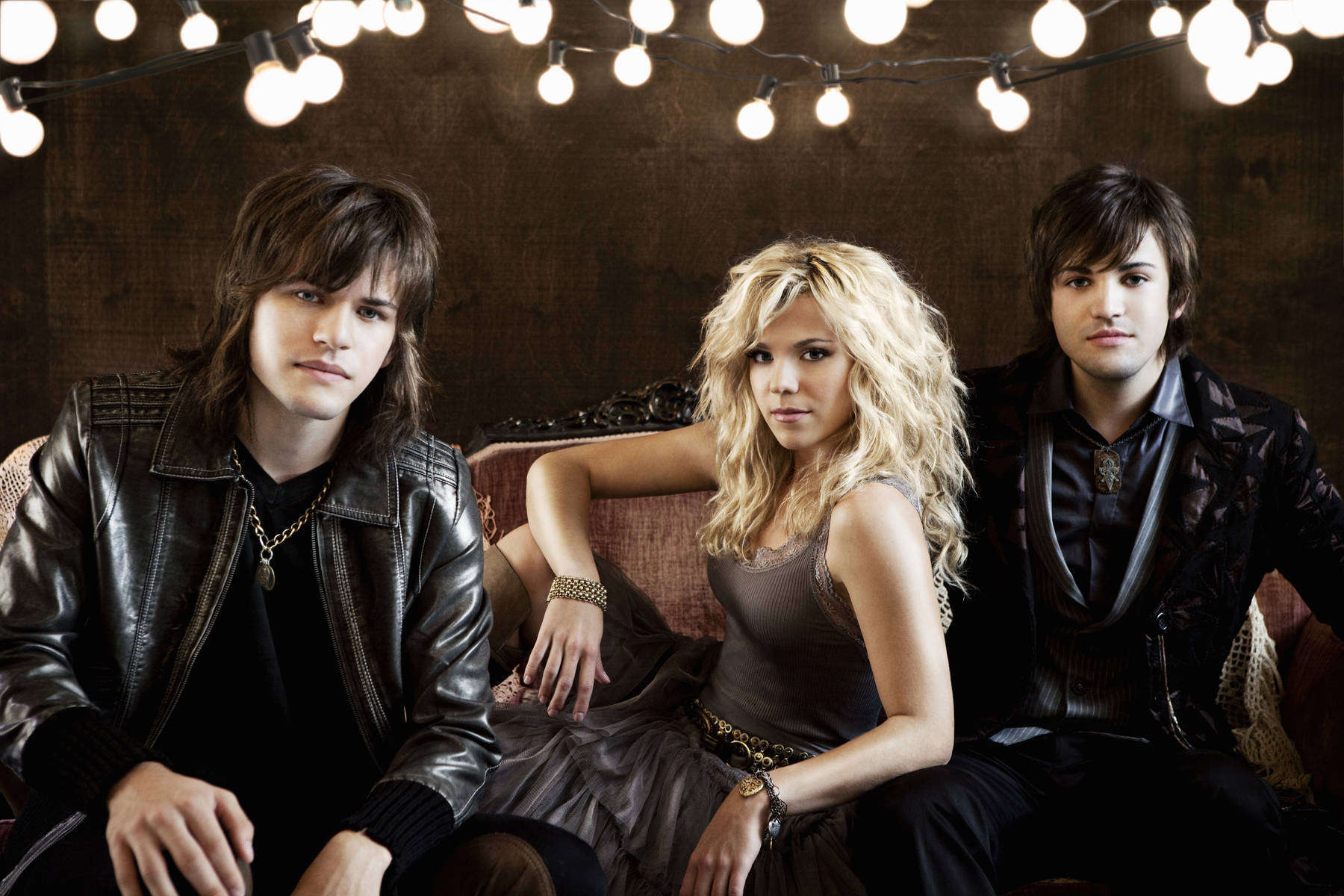 The Band Perry is collaborating with the big dogs on their forthcoming third studio album. The country trio exclusively reveals they have been making music magic with R&B superstar Pharrell Williams. “We’re being really crazy about the different collaborations that we’re diving into,” sister Kimberly tells Cody.

“We got to hang out with Pharrell a couple weeks ago. He’s like a huge country music fan, and he also really loves what we do with harmony. One thing that we worked on with him was this song where all three of us sing different interwoven vocals on the verse and on the chorus.” Cody also got the 411 from TBP on The Voice coach’s signature hat. “He does not wear the hat all the time. He does wear Adidas all the time,” Kimberly spills with a laugh. Look for new tunes from The Band Perry later this year.