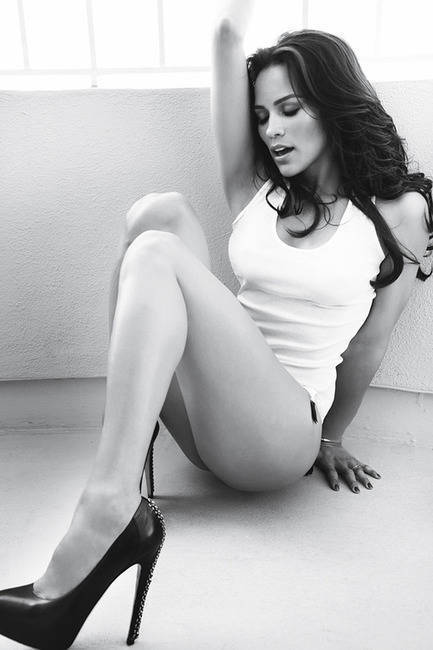 By Stony Kool.  Paula Patton is not happy that Robin Thicke was ordered to pay the Marvin Gaye family for copyright infringement for his biggest hit, “Blurred Lines.” As a matter of fact, Patton says she is “incredibly pissed off that Marvin Gaye‘s estate was awarded the money.”

*kpopstarz.com
Gaye’s family sued Thicke, 38, Pharrell Williams, and Clifford Harris Jr. (T.I.) for $25 million after the songwriters attempted to fight copyright claims that they more than borrowed Gaye’s hit “Got To Give It Up.” Radar Online reported that a friend of Robin Thicke’s ex-wife complained that “any money that comes out of Robin’s pocket comes out of her pocket too.” The source alleged that “The endless money that she used to have when ‘Blurred Lines‘ came out” may be cut off “and her ex’s reputation has been tarnished forever.”

“That song was the jackpot for the both of them and was his career high point,” the source told Radar Online. “Now it is clearly his downfall.” Patton officially filed for divorce in October 2014. At first Thicke tried to win back his childhood sweetheart with an album called “Paula.” The 38-year-old the singer and the 39-year-old actress reportedly settled their differences over child custody and property issues.