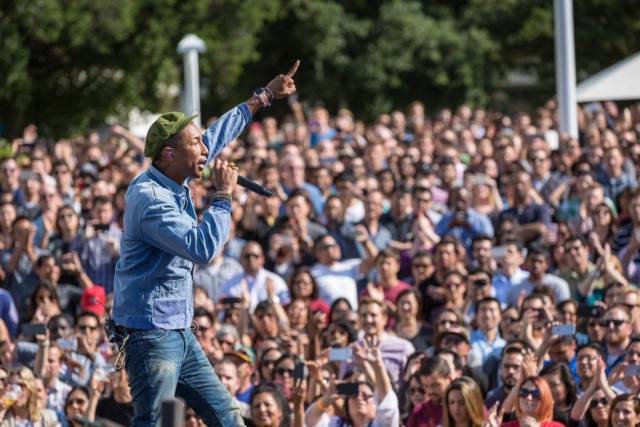 Pharrell Williams brought some sunshine to Apple for Earth Day. The Neptunes hitmaker paid a visit to Cupertino, Calif and performed a mini-concert for employees as part of Apple’s Earth Day Beer Bash. Apple CEO Tim Cook, former Vice President Al Gore, and other Apple executives were seen dancing in the crowd as Pharrell performed his upbeat hits including “Happy” and “Come Get It Bae.” He gave a special shout-out to Cook, Gore, and Jimmy Iovine from the stage. 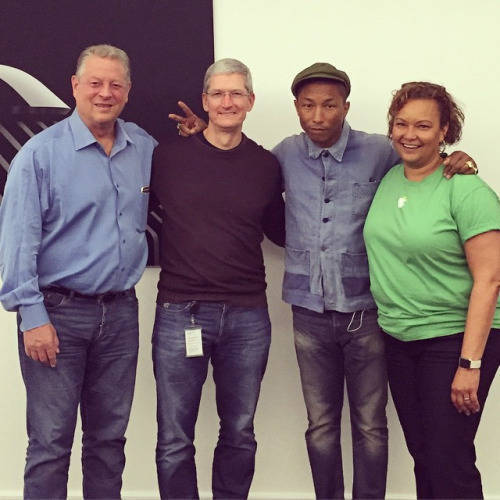 Does his appearance in Cupertino mean Pharrell is officially on board to partner with Apple’s foray into streaming? As previously reported, he is among the artists who are in talks to be involved in the forthcoming Beats Music relaunch, expected in June. He also already has an Apple Watch, which doesn’t even hit stores until tomorrow (April 24), so we know he’s a fan of the company. Here’s a quick video of him performing for band crew.