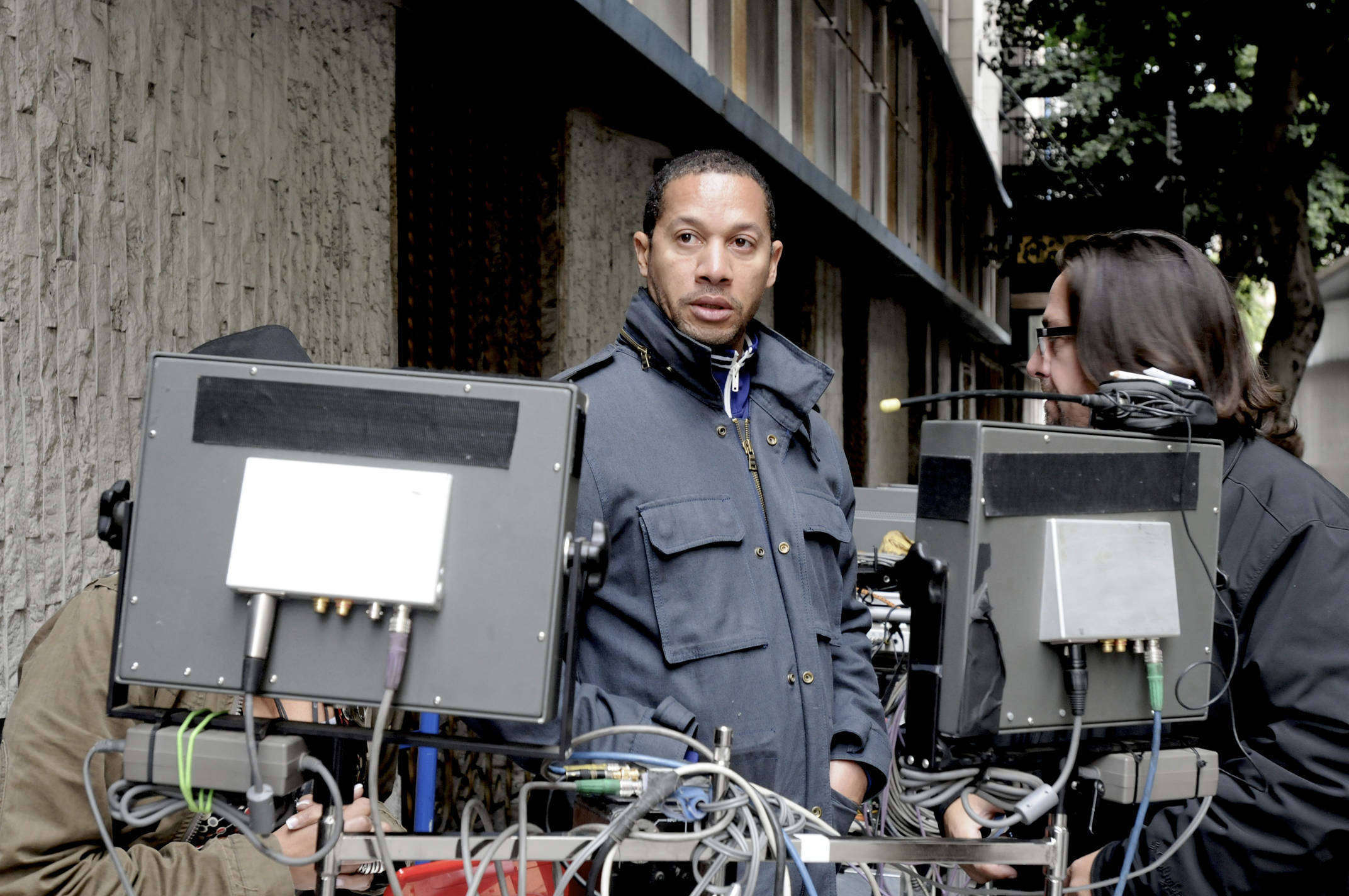 By Dan Solomon. Over his storied 20-year career, director Paul Hunter has worked with a number of the biggest musicians in the world. He directed Puffy’s “All About The Benjamins” and Biggie’s “Hypnotize” videos, D’ Angelo’s “Untitled (How Does It Feel),” and Marilyn Manson’s “Dope Show.” But his creative partnership with Pharrell—which dates back to 2003’s “Frontin‘”—has been among his most creatively fruitful.

The power of that partnership is on display in the video for “Freedom,” which debuted last week on Apple Music and Vevo. It’s a collection of striking, big-picture imagery that ruminates on the different ideas represented by the word “freedom“—from dark-skinned men made to break rocks at gunpoint, to Tiananmen Square and Muhammad Ali, to the restrictive conformity of western beauty ideals, to cheetahs hunting in the wild and whales breaching in the ocean.

*fastcocreate.com
“Initially, the idea came because Pharrell and I have worked together for a number of years,” Hunter says. “He called and asked if I would be interested in working with him on a project that would be connected with him and Apple, for a music video. He told me what the song was, and he had a brief description of some of the things that he wanted to touch on—different things that expressed ‘freedom.’ It was important to him that it wasn’t about one particular group of people—that freedom was worldwide.

And I think especially because we’re both African-American, we didn’t want it to feel like it was just speaking to a time of the ’60s where black people were fighting for freedom back then. We wanted it to feel very contemporary, and pay homage to the past and also the present. It was about finding images through various artists, photographers, documentaries, painters, whatever we could find that expressed freedom. That’s the direction that I went in.” To accomplish that, Hunter drew from stock footage and imager to supplement the creation of a number of the video’s set pieces: the rocks being broken, the sweatshops in India, the church revival, and more.

Going To India
“I like to work from photography references, but the stuff that we shot in India was all original,” Hunter says. “We sent a second unit crew out there to capture that, and it was sort of a vibe that I was looking for. I didn’t want to show poverty too much, but I wanted to show how kids worked in factories, and to contrast that in America with kids who are in classrooms, the same age, sitting with their Mac computers in private schools.”

Taking Them To Church
For a tent revival scene, meanwhile, Hunter drew from another shared experience that he and Pharrell had in common: that of being raised in the church—and they looked to find a way to do it that contrasted with the church choir that appeared in the video for Pharrell’s signature hit, “Happy.”

“We talked about making it more Southern, more of gritty style church, where you roll up your sleeves and it’s a revival. We actually shot a lot of scenes that we didn’t actually use of people catching the spirit,” Hunter explains. “We hired real church folk, and it actually happened. We didn’t tell them what the scene was before, we just told them they were gonna come in and celebrate freedom. Then play them the song, and took the people inside the tent—we built the tent over at Universal—and we started rocking it. We just had church. People cried, they jumped, and laughed, and played the music just like it was a real church service. And even sometimes when the song ended, the people kept clapping and singing the song. It was amazing.”

Busting Rocks In The Hot Sun
The church caps an emotional taut video that plays off of imagery that’s very much relevant and resonant today. And the most striking, and perhaps most memorable, of those images is in the scene near the beginning, where an assembly of black men, often shirtless, appears in a massive hill made of rocks and debris, swinging hammers in a chain-gang at gun point to break the rocks up. It’s a visual that’s hard to look at, even today, knowing the history of the country Hunter and Pharrell both call home.

The initial reference for the images, though, isn’t American. It’s the photography of Brazilian artist Sebastian Salgado, whose portfolio includes famous pictures of gold mines in Brazil. “That was actually shot in Sun Valley near an area by a construction site near where I grew up,” Hunter says. “It looks like it’s in some really far-out place, but it’s actually in the middle of the city. If the camera tilted right, you could see houses. Crazy, right? We just went to a site that had a bunch of rocks from construction.

We shot in in hard light, so it looked like the sun was really blistering down on the guys, and we covered them in mud and silver paint, so the sun would really reflect, like a silver retention photo. We cast a lot of dark-skinned people, because we wanted to really show a contrast between the dark skin and the grey rocks. And then we used a lot of smoke to make it more gritty, less slick. I really like that scene a lot.” It’s an unforgettable image, and one that brings the concept of “Freedom” to the fore. And Hunter’s not worried that the contrast between that image and, say, an astronaut landing on the streets of New York, might be confusing to some viewers. “Freedom is creativity, so in my mind that was a chance to be creative,” Hunter says. “Things don’t have to make complete sense.”