No one ever really dies, Pharrell looks fashion forward as usual while arriving at the 2016 Grammy Awards held at the Staples Center on Monday and was joined on the carpet by his wife Helen Lasichanh. Kendrick Lamar led the Grammys 2016 ceremony with 11 Nominations, and had already won three awards for To Pimp A Butterfly before the broadcast began.

Pharrell won one Grammy last night for Kendrick Lamar’s ’Alright’ with ’Best Rap Song’, Kendrick Lamar also won the ’Best Rap Performance’ award for ’Alright’ and ’Best Rap Album’ with ’To Pimp A Butterfly’ and our own Forum Member Reggie Volume was at the Grammys also looking fly as hell, check out the full nominations list Here and the epic Kendrick Lamar performance for ’ The Blacker The Berry/Alright’ below. 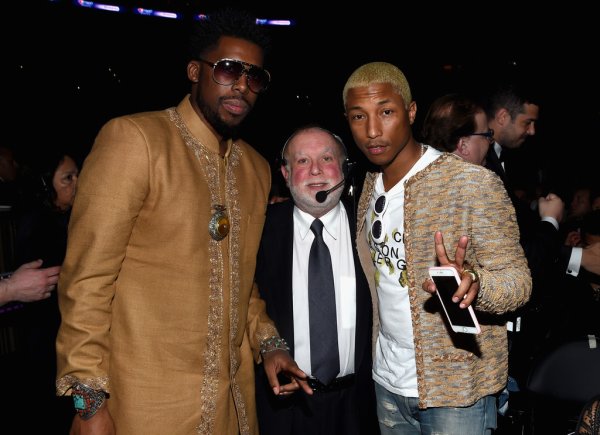