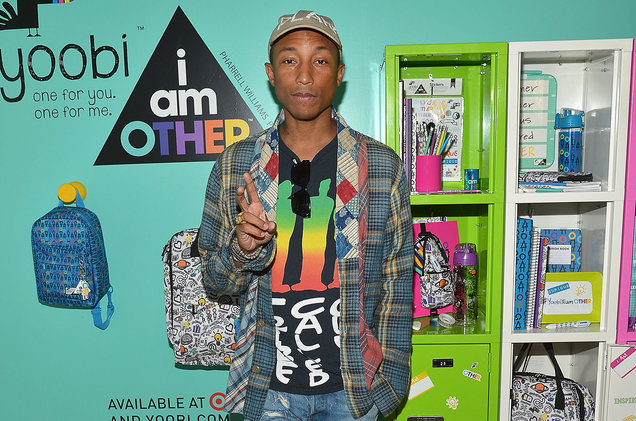 With the new Yoobi x i am OTHER collection, for every school supply purchased, an item will be donated to a classroom in need in the U.S. “We’re just living in a generation where things are changing and we need to make sure the right minds are doing the changing,” he added. “This was the quickest way to ensure that the odds are in our favor in our future: was to talk to the future, and that’s the kids.” In addition to Pharrell’s whirlwind of projects this year — including the artist’s adidas Originals collection — Pharrell spent time working with students himself as a guest professor at New York University.

The artist told Billboard the backbone behind his teachings were the importance of individuality, curiosity and creativity: “There are the pillars of sustenance of one’s growth.” The artist’s mother, who is a teacher, gave Pharrell pillars to live by himself. When asked the greatest thing he was taught, Pharrell simply said, “Keep God first.” In terms of music, the artist said new music is on the way. “But I think music is always better discovered than marketed.”