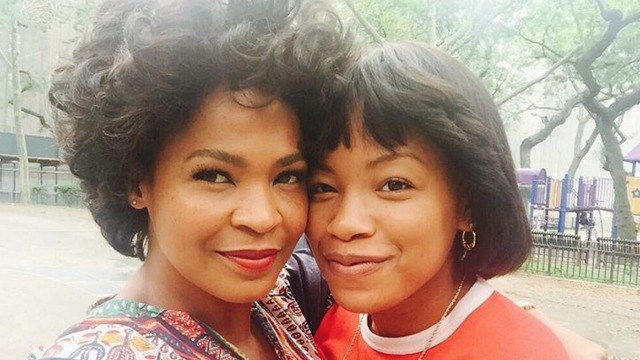 Rapper Roxanne Shante is the latest star to have a biopic made about their life, and this one will be screening at Sundance. The film will document 14-year-old Shante’s rise to fame during the 80’s. She gained her fame by writing a response to UTFO’s hit, “Roxanne Roxanne.” She named her song “Roxanne’s Revenge” and rapped from the viewpoint of the woman being chased in the song. Her song ended up starting what is known as the “Roxanne Wars,” where another female rapper called The Real Roxanne dissed Shante.

Shante is also well-known for being a female artist who carried her weight as a member of Marley Marl’s Juice Crew. She was then thrown into the Bridge Wars that went on between the Juice Crew and KRS-One’s Boogie Down Productions. KRS even went so far as to single Shante out in the song “The Bridge Is Over” where he said she was “only good for steady f*cking.” He has since admitted feeling bad about that line.

Shante released only two albums, one in 1989 and another in 1992, and had quit making music by the time she was 25. She didn’t leave the industry all together though, as she mentored up and coming women rappers. Then, in 2009, she gained attention once again by claiming to have earned a psychology degree from Cornell University that was paid for through a loophole in her Warner Bros. Records contract. That story was later debunked as false. The new movie will star Nia Long and Chante Adams along with Mahershala Ali.

During an interview, Ali said, “Usually when you look at hip-hop films and biopics you think, this is a story of this album, or how so and so came up in the business… But it explores why she kind of disappeared and got derailed, to some degree. I believe that’s going to be a film that really grabs people as well, because it’s very nuanced compared to a lot of music biopics.” The movie is being produced by Forrest Whitaker and Pharrell Williams.