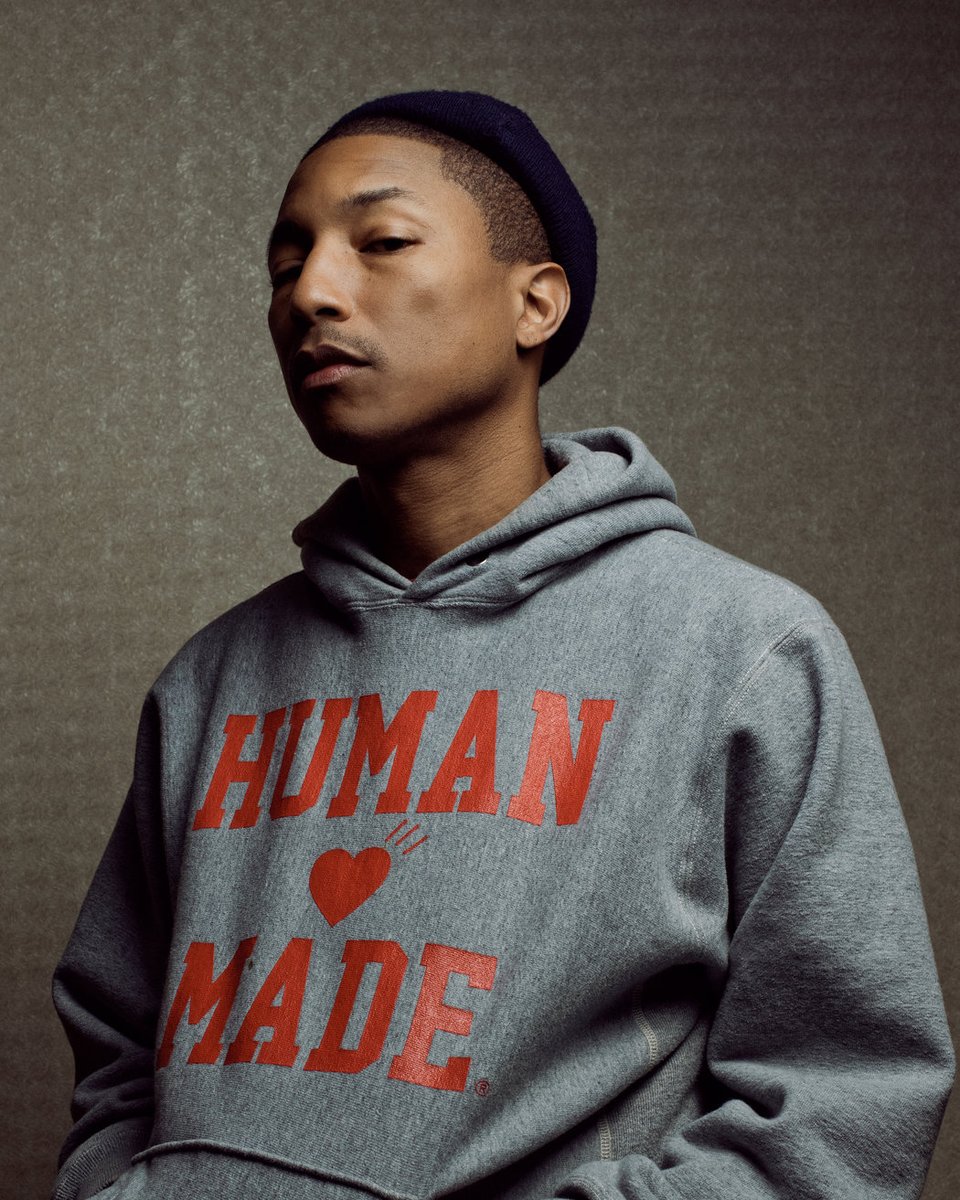 Photos by Ryan Pfluger. This in-demand star has been deeply involved with the film, a story of representation that he cares about profoundly. Wherever he goes and whatever he may be doing, Pharrell Williams can’t help calling attention to himself. At the start of a typical week in early December, this musician and producer was modeling in a Chanel show in Paris. By Thursday evening, he was in New York, talking to Jimmy Fallon on “The Tonight Show” and performing “I See A Victory,” one of his new songs from the film “Hidden Figures,” with the gospel singer Kim Burrell. 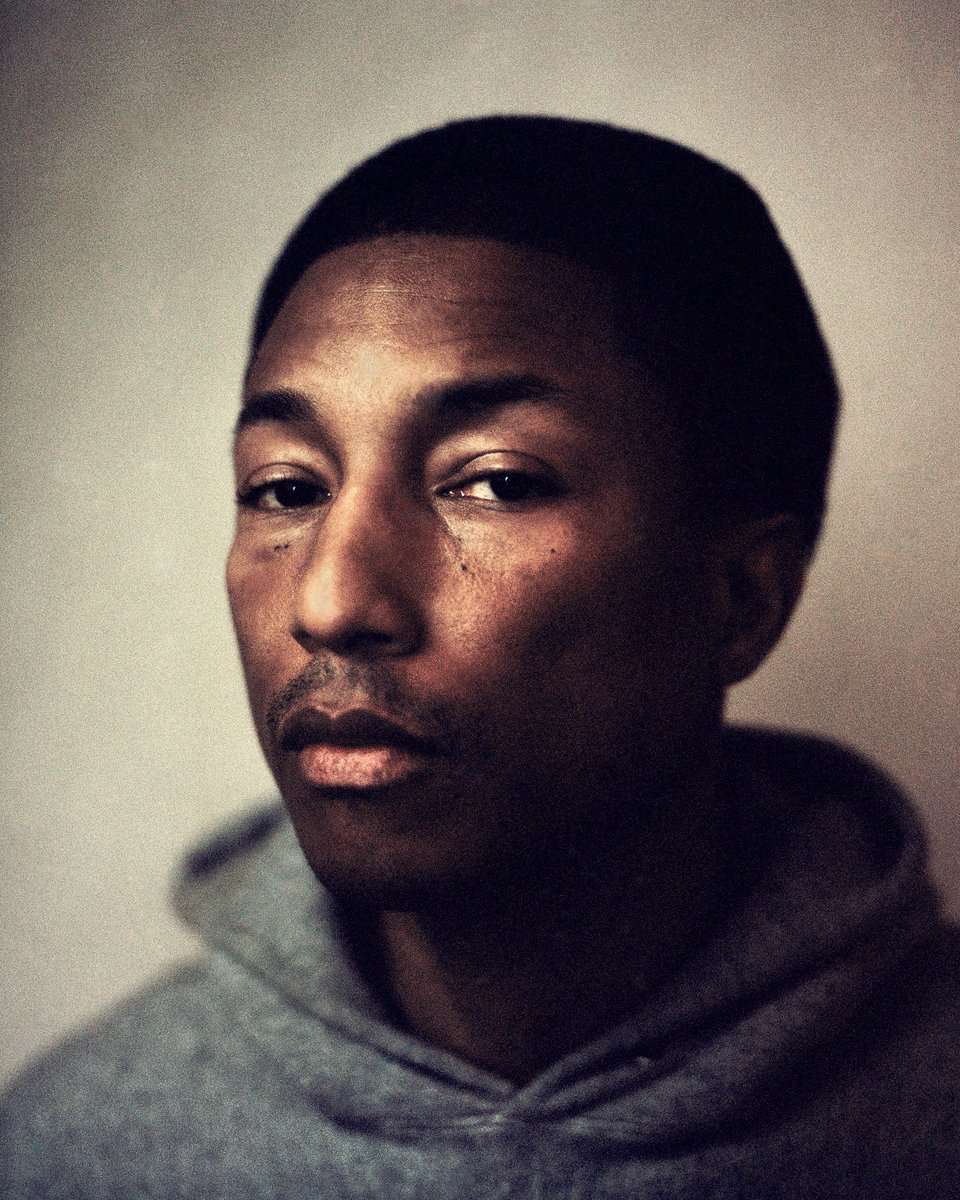 That Friday morning, he and Ms. Burrell were playing that song on the “Today” show, and that afternoon, he was stretched across the couch of a suite at a luxury hotel in Midtown Manhattan. But by the end of this itinerary, Mr. Williams was looking to shine the spotlight on “Hidden Figures”: The film, directed by Theodore Melfi, tells the story of the real-life mathematicians Katherine Johnson (played by Taraji P. Henson), Dorothy Vaughan (Octavia Spencer) and Mary Jackson (Janelle Monáe), black women who worked at NASA during the space race of the 1960s, a period of racial segregation and open bias.

“Hidden Figures” is a story of representation that Mr. Williams cares about profoundly, and he has been deeply involved in the project. In addition to writing and performing new songs for its soundtrack, he is a composer of its score (with Hans Zimmer and Benjamin Wallfisch) and is also a producer of the film.
Continue reading the main story. 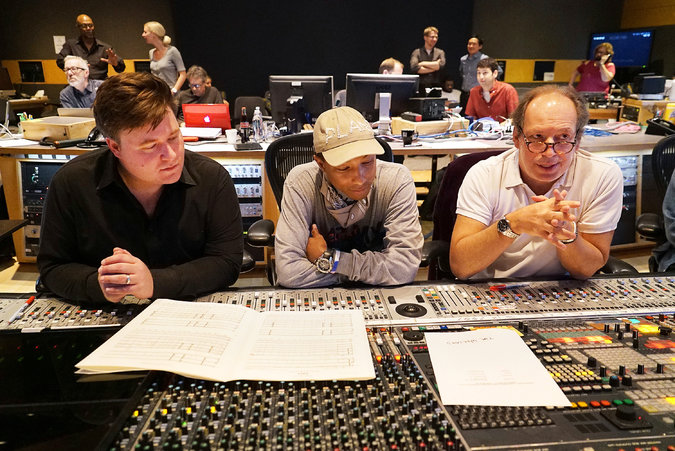 He has always been an in-demand guy — even more so since the success of songs like “Blurred Lines” (which he wrote with and produced for Robin Thicke); “Get Lucky” (which he helped write and performed on for Daft Punk); and “Happy,” the infectious global crowd-pleaser he contributed to the soundtrack of “Despicable Me 2.” These days he can have the effect of a living billboard, one who spent roughly a year drawing attention simply for wearing a Mountie-style hat designed by Vivienne Westwood.

Mr. Williams, 43, who has a gentler demeanor than his flashy showmanship might suggest (and who, at this conversation, was wearing an unassuming knit cap), said he is used to the many obligations that go hand-in-hand with the increasing opportunities coming his way. But as he sees them, Mr. Williams said in even, enigmatic tones, the duties of producing and promoting movies do not have to feel like burdens at all; he compared them to a favorite hobby, like collecting comic books.

Mr. Williams was drawn to a factual story that celebrated the contributions of African-Americans and, he said, was “chipping away at the pro-male narrative that’s out there right now, which needs to go.” “There needs to be a narrative that is shared by both men and women,” he said. “The female contribution can be hid no more.” The project had another layer of resonance for Mr. Williams, who was raised in Virginia Beach, not far from the NASA Langley Research Center in Hampton, where “Hidden Figures” takes place.

Growing up, he said, he had a kind of mystical reverence for the NASA facilities. “We knew the bigger questions were being answered there,” he said. “The idea that there’s something beyond this planet that goes on forever, in any direction?” he said, his voice rising slightly. “Come on. Or the idea that our sun is just another star, and that all those stars have exoplanets around them. Right now. That was mind-blowing for me as a child.”

Mr. Williams’ new music for “Hidden Figures” includes “Runnin’,” a snappy song that accompanies Ms. Henson’s character on her lengthy cross-campus sprints to and from NASA’s segregated bathrooms, and the inspirational “I See a Victory,” which he explained in cosmological terms. “The moon’s perspective of your situation is that it has seen how far you’ve come, and how far you’re going to go,” he said of the song. “You can see a victory if you can see beyond this moment.”

For all of his arcane talk, Mr. Williams can also be blunt when he needs to be. When it emerged at the end of December that Ms. Burrell had given a sermon in which she called gay people “perverted,” Mr. Williams responded in a Twitter post: “I condemn hate speech of any kind. There is no room in this world for any kind of prejudice. My greatest hope is for inclusion and love for all humanity in 2017 and beyond.” His songs for “Hidden Figures” have the simple pop structures of music that might have been written in the 1960s, but the unmistakable instrumentation and production value of tracks made in the modern day.

It’s a style Mr. Williams said he has been working in for the past couple of years, on tracks like “Freedom,” even before he was approached about “Hidden Figures.” “This was the universe warming up my mind and my faculties, to prepare myself to be able to write songs that spoke for it,” he said. “It’s crazy — the universe just took me by the hand and walked me.” Mr. Zimmer, who worked with Mr. Williams on “Despicable Me” and “The Amazing Spider-Man 2,” said that his ways may be esoteric, but once he becomes motivated by an idea or concept, he commits to it fully.

“We have similar concerns about the world,” Mr. Zimmer explained, “and that maybe, in this day and age, when everything seems to be a little crazy, the only thing you can put against the venom is music and art.” For the “Hidden Figures” score, Mr. Zimmer said he and Mr. Williams were trying to follow the “American patriotic tone” established by space-exploration films like “The Right Stuff” and “Apollo 13,” with music that is rousing and full of brass instruments.

“The idea that Pharrell and I had was, let’s not go and betray this tone,” he said. “Let’s add something into this, which is the missing element, which is an African-American woman’s voice.” (They also enlisted Herbie Hancock to play piano on some tracks.) Still, all these ideas had to be palatable to Mr. Melfi, the director. “Music is a strange thing,” Mr. Zimmer said. “It’s indefensible. I cannot talk you into liking something. ‘But I worked hard on this, you should love it.’ It’s not that — it either resonates, or it doesn’t.”

Mr. Melfi, who directed the 2014 Bill Murray comedy-drama “St. Vincent,” described the composers’ approach as “unusual.” “They kept saying, ‘It’s not a sound you’ve ever heard before,’” Mr. Melfi said. “It’s going to combine old-world classical stuff with a modern beat — what Pharrell does — with the use of female voices.” That blend, Mr. Melfi said, helped keep “Hidden Figures” from seeming like “an old-fogey movie.” In Mr. Williams’ role as a producer, Mr. Melfi said, he was “a creative voice and litmus test, in terms of an African-American audience and the background of Virginia.”

Ms. Monáe, a newcomer to acting who also appeared this year in “Moonlight,” said Mr. Williams was a daily presence on the “Hidden Figures” set and a reliable source of moral support. “He pulled me to the side and he said, ‘Listen, I just want you to know that I believe in you as an actor,’” she recalled. “‘I believe in your ability to do movies. You must continue to pursue this.’ I said: ‘O.K., Pharrell. All right. If you say so.’” When she learned that Mr. Williams also watched the raw footage of her daily performances, Ms. Monáe said: “I did freak out. He assured me that I didn’t have anything to worry about.”

Mr. Williams was an executive producer on the 2015 coming-of-age comedy-drama “Dope,” but he said working on “Hidden Figures” was “more hands on.” “Oftentimes I would have an opinion about things, beyond just the music — they would listen,” he said. “I’m appreciative for that wiggle room and to be part of the conversation.” Having committed himself to putting women and African-Americans at the forefront of a film industry often accused of neglecting diversity, Mr. Williams said he was optimistic that recent shifts in the nation’s politics were not going to compromise those goals.

“There are so many powerful people, and when we galvanize, we make a difference,” he said. “We make change.” During periods of unrest in this country, “the songs have been amazing,” he said. “The paintings have been amazing. The design has been amazing. The fashion has been amazing. It’s what we do as human beings — we respond to pressure.” “Through that,” Mr. Williams said, “there will be such vibrant, vivid creativity that will lead to change and inspiration.” He added: “I wish we could create without it. But it just happens to be a factor.”