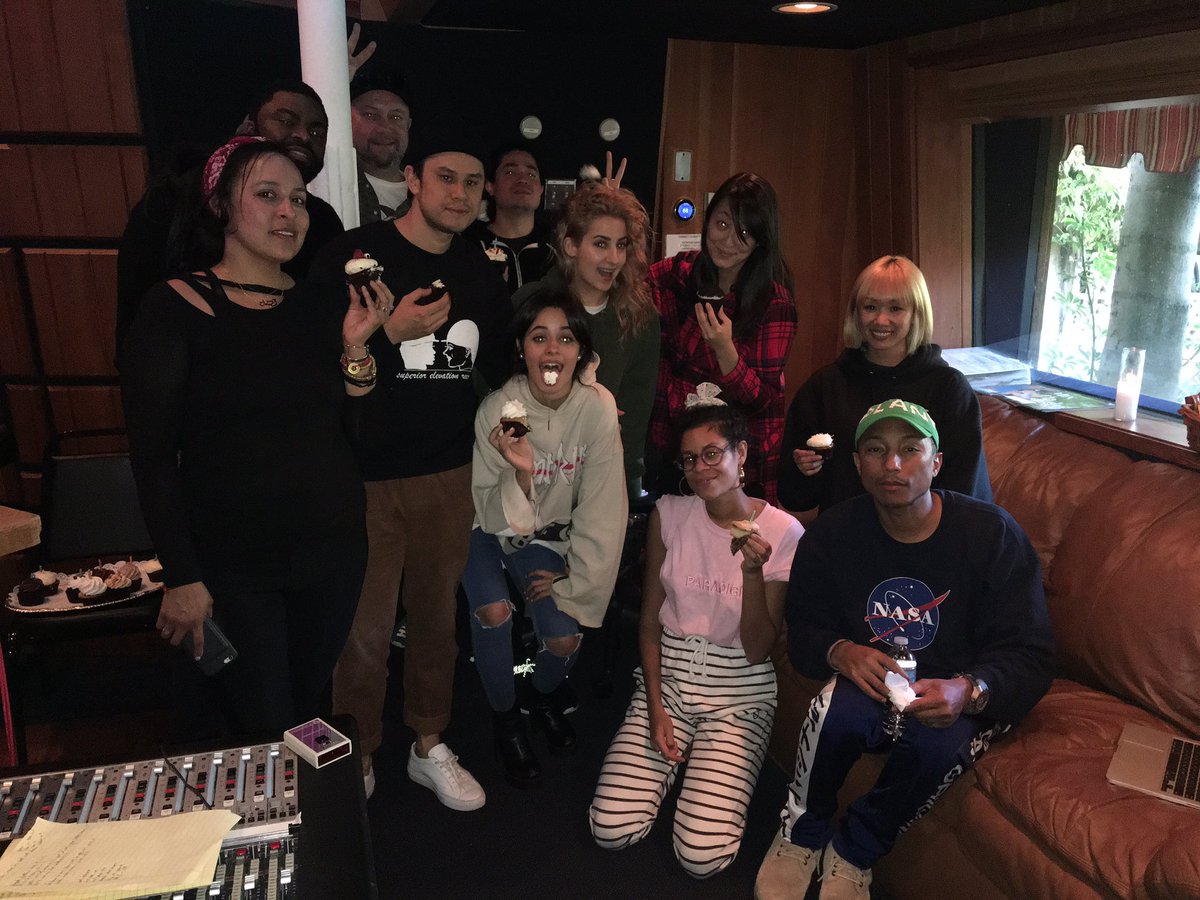 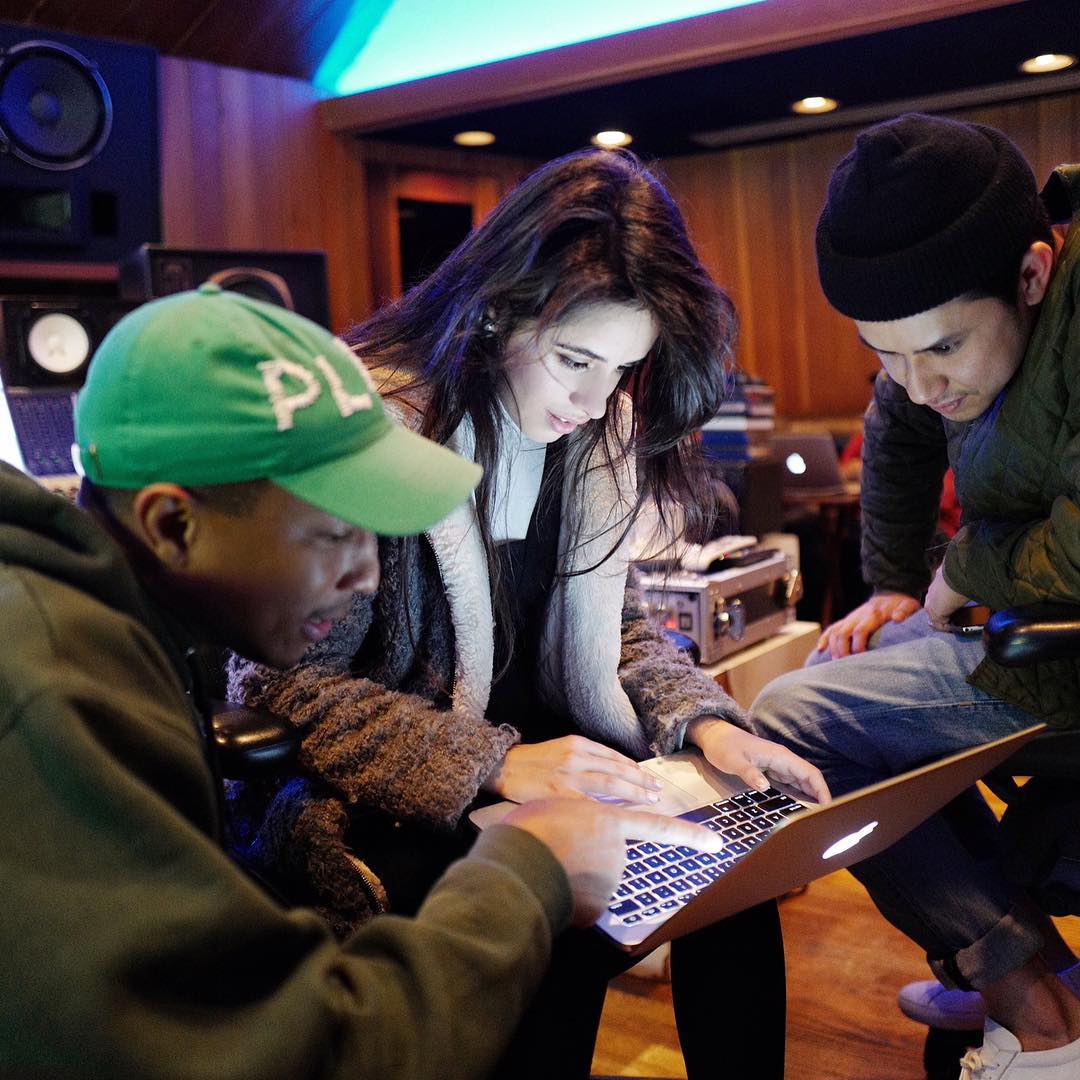 Photos by JR. Camila Cabello is clearly grinding away in the studio on her solo debut. A day after posting a pic of a session with producer Frank Dukes (Travis Scott, Drake), the former Fifth Harmony member shared another snap featuring Pharrell Williams. In the photo, Cabello is pointing to a laptop as Williams and Dukes look along and while she doesn’t give any clues as to what they’re working on, did she possibly gave a hint by adding a rose emoji? We’ll have to wait to find out. 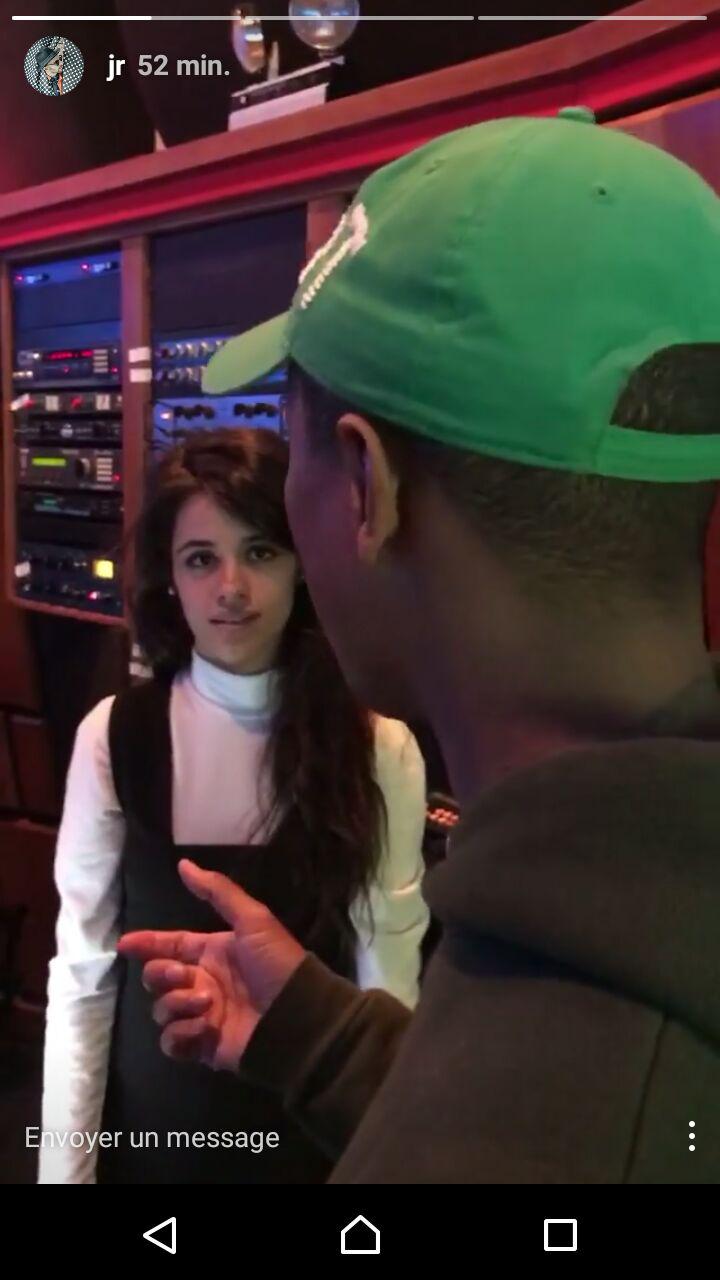 Cabello’s solo debut is due out in the fall. On Thursday (March 2) the world learned that Dukes is also one of the co-producers of Lorde’s eagerly anticipated sophomore album, Melodrama, cementing his spot as one of the most in-demand producers of the moment. The “Bad Things” singer and recent Billboard cover star has also logged time in the studio with Andrew “Pop” Wansel (Kehlani, Alessia Cara), who told the magazine, “I never underestimated her talent, but I was not expecting her to have such a powerful vision,” with Dukes adding, “It’s a real collaboration… sometimes it’s like a band just jamming.” She also noted that her track with J Balvin and Pitbull, “Hey Ma,” is on the star-studded soundtrack to The Fate and the Furious.