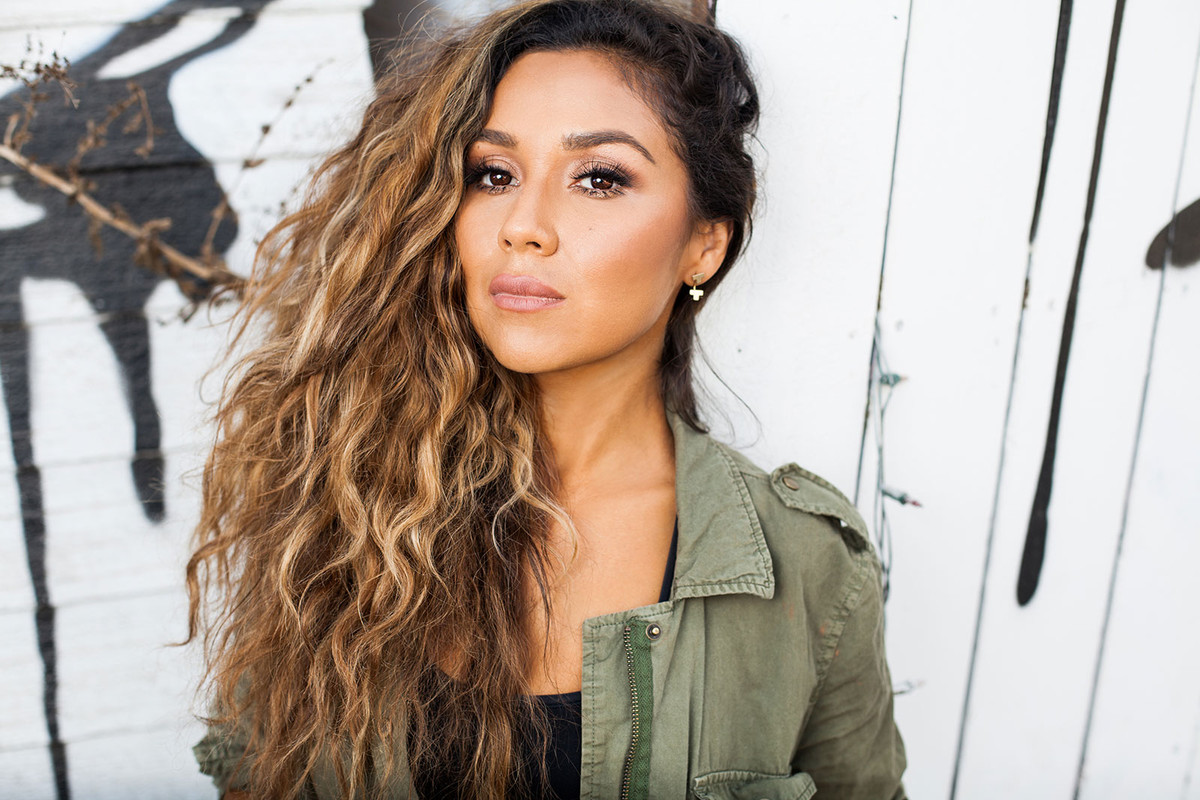 Here is a very interesting article about Pharrell Williams’ canceled R&B group ‘Affair’ by Janice Llamoca, check out the whole article Here. In 2005, Pharrell Founded a Latina R&B Girl Group Inspired by Selena and The Supremes. Tiffany Villarreal, Natasha Ramos, and Vanessa Marquez. Courtesy of Affair. It was at this time that a producer named Pharrell Williams, one half of The Neptunes, had a vision. “‘I had this dream about a girl group. And it was like The Supremes meets…’” singer Vanessa Marquez stops in the middle of her sentence. She’s trying to quote Pharrell and remember the exact words he said to her when he eagerly pulled her out of the studio one day in 2005. “‘If there were three Selenas [Quintanilla, of course], you guys would conquer the U.S. and you guys would conquer the Latin world.’” Along with Natasha Ramos and Tiffany Villarreal, Marquez was a part of a would-be girl group named Affair. Their story closely resembles those of many R&B girl groups of the era – one filled with high hopes, ultimately ending in what-ifs. “When Pharrell speaks and he’s very passionate about something, he can easily convince you. He just has this power,” she says, recalling that even though she liked the idea, she felt a “little bummed.” 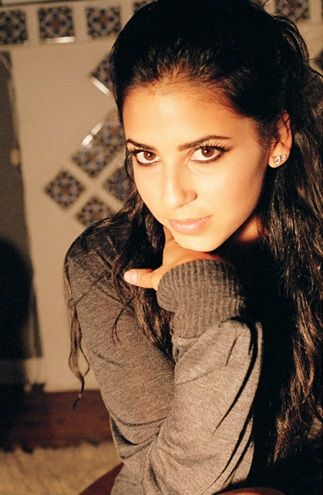 Marquez had been signed as a solo artist to The Neptunes-founded imprint Star Trak Entertainment since 2001. By that point, she had recorded vocals for Justin Timberlake’s 2002 megahit “Rock Your Body,” toured with Timberlake to promote his (mostly Neptunes-produced) debut album, and was featured on “Good Girl,” a single from the compilation The Neptunes Present…Clones. When the idea popped into Pharrell’s head, the California native of Mexican descent had just started working on her debut album.

The timing felt impeccable. In the summer of 2005, Destiny’s Child, the biggest girl group of the 2000s, announced they were parting ways. While no one could match the trio’s groundbreaking contribution to pop, a fresh, talented, and bilingual group seemed like the right way to carry on the momentum Destiny’s Child would leave behind. “[The music] was going to be English and Spanish. He wanted to really do it up in the [Latin music] world,” recalls Marquez. Plus, they had the star power of The Neptunes on their side.

“He sold it to me,” she says, and decided to get on board with the idea. “Then he said, ‘You actually know one of the girls I want to put in the group, Natasha Ramos.’” Back in Hartford, Connecticut, Natasha Ramos was a bit of a hometown hero after working on an album with former Destiny’s Child members LeToya Luckett and LaTavia Roberson. Because her label was failing, the group Anjel never released their album, and Ramos moved from Atlanta back to Connecticut, where she landed background vocals on Jennifer Lopez’s “Jenny from the Block.”

When Pharrell approached her, it was an easy sell. She had worked with him in the past on “Midnight Hour,” an unofficially released The Neptunes fan favorite that was meant for her debut album when she was signed to Arista Records. “‘I want three Hispanic females who can really sing R&B,’ he told me. We just have to search for a third girl,’” Ramos recounts. After signing Ramos to Star Trak, the label held tryouts (yes, real, in-person auditions) to find the third member for the soon-to-be-group named Affair. But the singer who made it through the rounds didn’t click with the rest of the group, so the search continued. Meanwhile, Marquez and Ramos had already formed a bond.

“Vanessa and I, from the beginning, had this really crazy chemistry,” Ramos recalls. Their husky voices resembled each other, as both drew influence from soul and gospel. To them, the songs sounded complete; there wasn’t a need for a third member. Marquez felt the same way, and told Pharrell, “It’d be the perfect duo. And he’s like, ‘No. Just like the Trinity, it’s the power of three. The Supremes. The power of three.’” Six months passed, and eventually the third slot was filled. Tiffany Villarreal, a Texan of Puerto Rican and Mexican descent, was a free agent when she heard Pharrell was looking for a third member for his dream girl group.

“It was so refreshing to hear [about Affair] because I didn’t know a lot of Latin girls that loved urban music like me,” she shares on a phone call from her current home in the Los Angeles area. “I grew up with SWV, Mary J. Blige, Lauryn Hill, and those were the women who were a force for me.” “I was blown away by Vanessa and [Natasha] and the body of work that they had done together as the group,” Villarreal continues. She had the chance to listen to duo’s demos before she eagerly decided she wanted to be a part of the project. “I was so on board.” With Affair finally complete, the label sent the group to Hollywood for a few weeks to bond and lay down some tracks.

They stayed in an apartment at the trendy intersection of Hollywood and Vine for about three weeks. “We worked out together, ate together, and went to the studio together. They told us to go out to red carpet events and stuff. It was more out of fun than ‘Show up and be artists,’” says Marquez. According to all three members, they recorded around two to four songs over the span of three months. “We started the process of getting the studio sessions together and blending our voices,” Villarreal recalls. “We thought, ‘That was it. She’s the perfect fit,’” says Marquez.

Villarreal continued singing with Affair while she waited for her Star Trak contract to be finalized, but a few weeks turned into three months, and doubts started to creep in. “Maybe he was looking for another Latin girl? I didn’t really know,” she reveals. While she ruminated on her future with Star Trak, another offer came along. Dr. Dre wanted to sign her to Aftermath Entertainment, and as a working musician, she found herself at a slippery crossroads. “The thing about it was that there was never paperwork from the Pharrell side, which was kind of heartbreaking for me, but Dre had his paperwork four days later and I didn’t know what to do,” she says.

She signed with Aftermath, and the girls found themselves back at square one – two years later in 2007. “He had a vision and he wanted to stick with it,” Ramos says of Pharrell. They had to finally accept that a duo, even with their seamless vocal synergy, wasn’t going to be enough. It had to be three. “Me and Tasha felt the same. We can’t keep doing this. It’s heartbreaking,” admits Marquez. She had been with Star Trak since 2001 and left the label after her contract expired. “I asked his management, ‘Can I just talk to Pharrell artist-to-artist?’ And that was hard to do. After, he just started to get so busy.”

In those two years, Pharrell had completed his first solo album In My Mind, collaborated with Madonna, and co-produced Clipse’s career-defining second album Hell Hath No Fury. When she left, “there were some words said and [Pharrell] was like, ‘Well, I wish you luck and hope for the best,’ and I told him, ‘Likewise.’ And that was it.” Natasha Ramos signed as a solo artist after Marquez left the label, but it only lasted for a few years, and she let her contract expire too. As for Tiffany Villarreal, it didn’t work out with Aftermath, and she, like Ramos and Marquez, went independent.

By the late 2000s, girl groups like Blaque, 702, 3LW and TLC (especially after the death of Lisa “Left Eye” Lopes) dwindled, dissolved, and eventually disappeared. The movement took a massive hit when Aaliyah died in a plane crash in The Bahamas after filming the music video for “Rock The Boat” in 2001. To be sure, solo Latina singers existed; there was Kat DeLuna, Lumidee, and of course, J.Lo, who spent most of the 2000s riding the mainstream R&B wave. But there was no precedent for a bilingual Latina girl group. “Honestly, if it had happened, it would’ve been huge,” Ramos says over the phone.

“The Hispanic community…they support their artists. So it would have been something worldwide, and it seems like the quality of the music and the voices together was just insane. I saw Grammys. I saw all sorts of things. It would have been incredible.” If Affair had flourished like Pharrell envisioned, seamlessly conquering both the Latin and urban markets, it would have been a testament to the diversity of the genre. For bicultural Latina artists, Mariah Carey is as much of a muse as Celia Cruz. Since then, Latina R&B groups have only existed in the fictional universe of TV shows like Empire.

The writers scripted a Latina R&B group in season two, led by the character Valentina and portrayed by pop superstar Becky G. It took a decade, but Pharrell eventually made his way into Latin music with J Balvin’s ubiquitous 2016 single “Safari,” which features BIA, a Puerto Rican-Italian rapper signed to his label i am OTHER. “Safari” gave the producer his first no. 1 song on Billboard‘s Latin charts, and he even sang a few bars in Spanish.

Pharrell’s Latina R&B trinity never came to full fruition, but Marquez and Ramos remain confident in their vast talent. “I wish he would have just given it a little bit of leeway and given it a chance. Whether it was three of us or just me and Vanessa, we would have killed it,” says Ramos, her voice bubbling over with nostalgia. “I still think we can. I still mess around with Tasha and I say, ‘I just listened to that song we did,’” Marquez shares slyly. “And she’ll be like, ‘I’ll listen to it at least once a month and it reminds me of what it could’ve been.’ If I ever run into Pharrell, I’d tell him he missed out.”