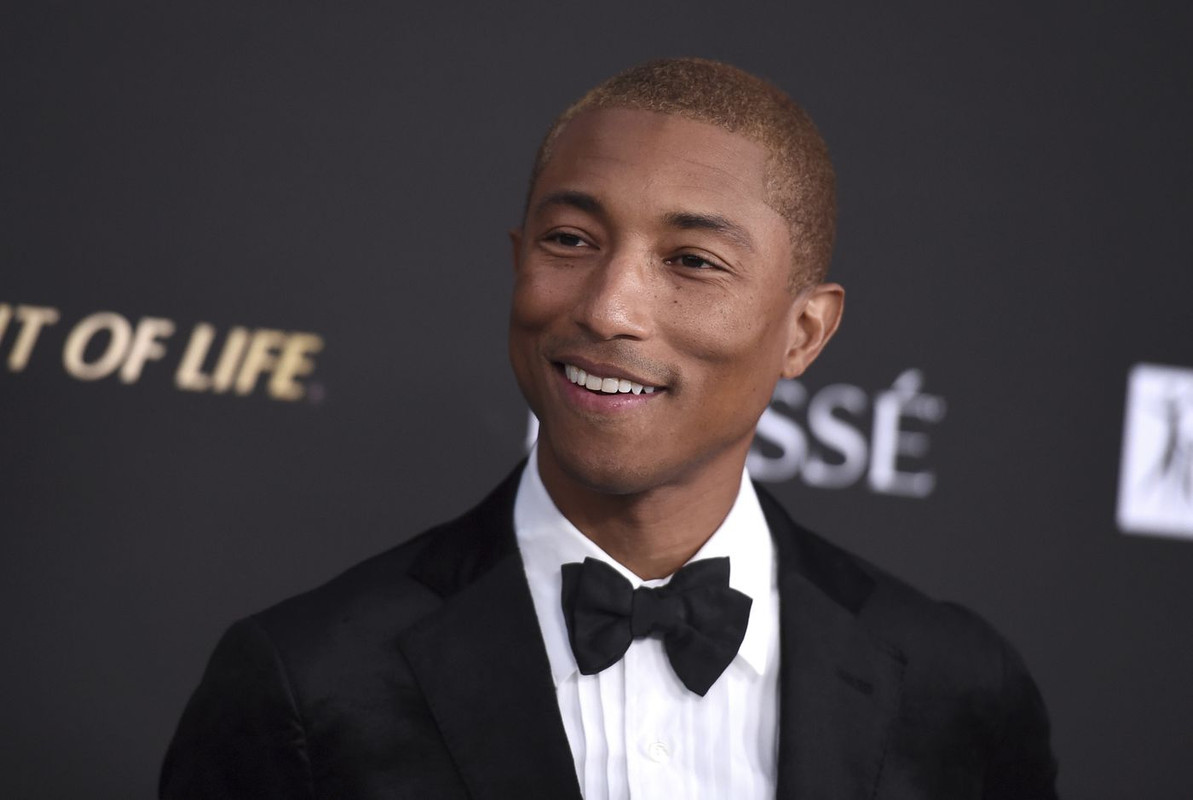 Pharrell sat down with Esquire to discuss several topics including Empowerment, Collaborationd, Forgiveness and more, check it out below.

He draws a parallel between collaborating and writing a song.
I think collaborations for me are where I learn about myself and others. It’s where I learn new techniques and new ways of thinking. It’s a means for me to elevate myself. Collaboration has given me so much, just like music has given me so much. It’s the same idea where the collision of two, three, four notes make a chord or a harmony. The same principle applies to when I work with another human being, when you combine different creative minds to make something new. It all comes down to discovery and learning in the end.

The question of cultural appropriation all depends on “who’s holding the paintbrush.”
Well it depends on who’s doing it. Cultural appropriation was born out of different groups feeling like something very dear to them in terms of their customs is being used by a group that wouldn’t normally be associated with those particular customs, but in a situation where it would be deemed offensive. I guess I’m trying to speak with diplomacy and I’m finding it hard to do so [laughs]. Because I would normally just say it in a different way. But I guess the best way to say it is that we in America currently live in a matrix that’s mainly tailored for the benefit of the older, straight white male.

When you look at white culture in America, there’s a privilege that most other Americans, including white women to some degree, don’t have. So when you see people who come from a privileged society doing things that are considered sacred or integral to another culture, that’s cultural appropriation. But that’s just because we live in a country that’s accustomed to a privilege that none of the other minorities get. For some people it’s a difference in philosophy, but for me…It’s interesting; I find myself stumped because I’m trying to say this in a very diplomatic way, but I think the only way to get my point across is to say it in a way that’s almost meant to make people feel uncomfortable because you’re saying the truth. Some people don’t want to hear that. There’s a fine line between being creative and artistically or culturally appropriating something. I guess it just depends on who’s holding the paintbrush.

On the issue of Kevin Hart’s stepping down from hosting the Oscars after his homophobic tweets resurfaced.
I think we all should hold ourselves accountable because we’re all human beings, no matter what it is that we do. Whether we’re in a mail room or have a TV show named after us, it’s important that we all hold ourselves accountable for the things we say and do. The only way we’re going to be able to lift society is if we lift ourselves together.

He thinks our society needs to grapple with how we approach forgiveness.
I do think that society definitely has a problem with forgiveness and redemption. We’ve all said and done things that we wish we hadn’t before, but I think we all deserve an opportunity to bounce back. I think there’s room for forgiveness and redemption for everyone, unless you’re God and make the determination that someone doesn’t deserve it. But as to deciding who, when, and what, those are all moral questions that are up to the individual.

He thinks the biggest problem for major awards ceremonies is the men making behind the scenes making the decisions.
It’s the way that they’re peopled. They’re peopled by a lot of men. I think if we thought about things a little bit more women-centric, things would be different. We keep talking about empowering women, but it’d be great to see women in power. That term “empowerment” is abused all of the time. It’s like, what are we really doing? It’s 2018 and women are still not being paid the same as men. I think collectively as a society we need to all put our feet down and stand up for women in that way.

But you know there are still a lot of women that don’t agree with that and support these political agendas that don’t necessarily benefit them because they like the way things used to be. Some of them really want to make America, what they define as, “great” again. But I’m excited because I think it’s time for women to rise. Women are the common denominator in all of these groups whether you agree with them or not. Good, bad, or neutral, there’s some women in there. And if they could all stand together to find some common ground and make their lives easier, that’d make all of our lives easier. A woman is going to think twice before pushing that nuke button because she knows what it takes to make life. Some of them carry life in them for nine months. It’s time.