Photos by L.W. Smith. Pharrell was at the CES Sony Press Conference supporting Sony’s 360 Reality Audio Technology. With its heritage of top TVs and notable audio equipment, Sony never misses a chance to show off its latest wares at the world’s biggest tech show, CES in Las Vegas. Unlike many other tech giants, Sony doesn’t pre-announce its new CES offerings, giving us no hint what to expect ahead of its Monday night press conference. 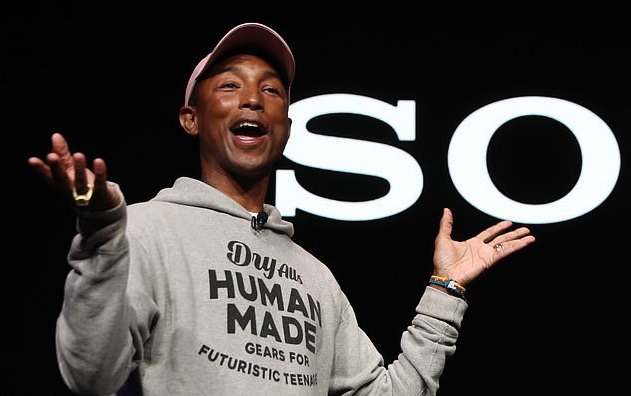 Sony artist Pharrell Williams also took to the stage to describe a recent trip to Tokyo, where he explored the company’s newest audio technology, much of which is still not yet widely available and has yet to be announced. “The connection between me as a creator and Sony’s technological innovation was super clear to me straight away,” Williams said. He urged Stringer to make it available sooner rather than later. “You’re not going to make us wait like we waited for the Aibo? Can we make some more of those please?” 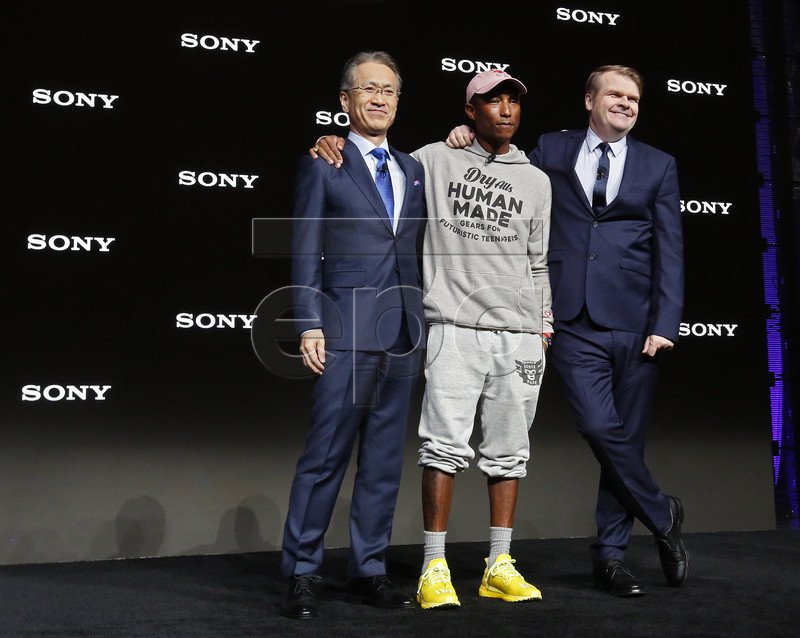 Here’s a full list of everything new from Sony at CES 2019 and check out the whole Press Conference below. (Pharrell’s part starts from 30:30)
– Sony’s first 8K TV now comes in supersized 85- and 98-inch screen sizes.
– Party hard with these Sony Extra Bass Bluetooth speakers.
– One for those who have high standards when it comes to high resolution, Sony unveiled a 4K player with Dolby Vision.
– Sony’s WH-1000x noise-cancelling headphones got Alexa support.
– In the age of Alexa-enabled everything, you might be surprised to hear Sony unveiled two dumb sound bars.