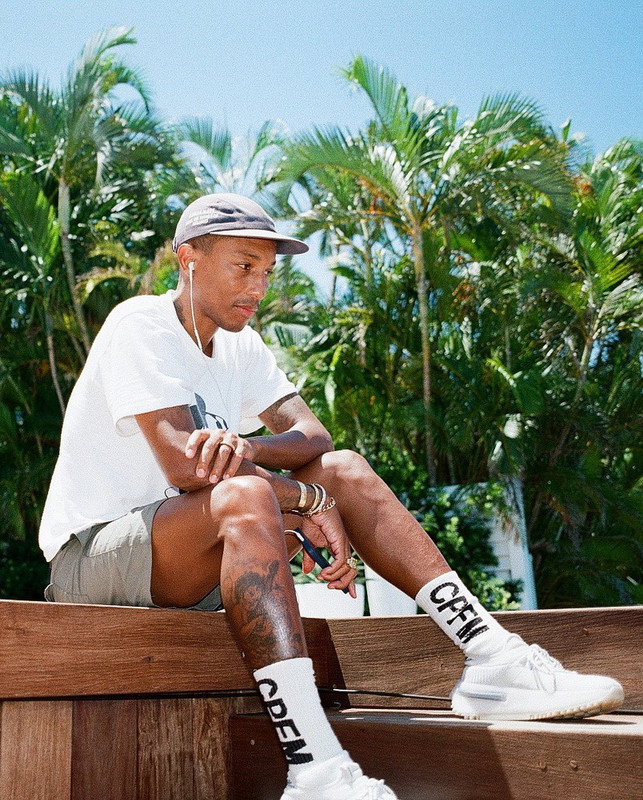 Pharrell Williams is the definition of versatility. He can turn his hand to any corner of music and make it sound delectable. Unsurprisingly, his favourite 16 songs of all time aren’t exclusive to one genre, and they appropriately reflect his eclectic career, check them all below Before rap intervened, Stevie Wonder was one of Williams’ first loves and an artist who features heavily in his list with three inclusions. He has become a friend too in recent years, and Pharrell ticked a life-long ambition off his bucket list in 2016 when he supported Wonder at London’s Hyde Park. “He’s the king of all kings for me,” he told the BBC before the event. “As a little kid listening to his music, whenever his albums came in the mail we would play them back to back for hours on end.” Pharrell even said he planned to “frame his ticket” and added, “that music is definitely a huge part of my taste buds.”

Another artist who features prominently is Michael Jackson, with ‘The Lady In My Life’ and ‘Billie Jean’ from Thriller both appearing and ‘Shake Your Body (Down To The Ground)’ by The Jacksons. Speaking about the latter track to The Guardian in 2010, Williams confessed that it was the first song he remembers hearing. “I remember watching them on television when I was really young when that record came out,” he recalled. “Did it influence my vocal style? I can’t sing like him. I think my vocal style is just what I could scram together. The Thriller album also changed my life. ‘Billie Jean’ changed my life.”

On the hip-hop front, Williams shares some love for A Tribe Called Quest’s ‘Bonita Applebum’ from People’s Instinctive Travels & The Paths Of Rhythm, which crucially came into his life when he was 17. “‘Bonita Applebum’ was the first single from the album [People’s Instinctive Travels & The Paths Of Rhythm], and my friend in Virginia got hold of a copy of it,” he told The Guardian in the same interview. “I was so amazed by that record that I lost my mind. I didn’t know what it was, I was like, ‘Oh my god!’. Listen to a collation of the 16 songs that Pharrell Williams has previously called his favourites on Spotify below.