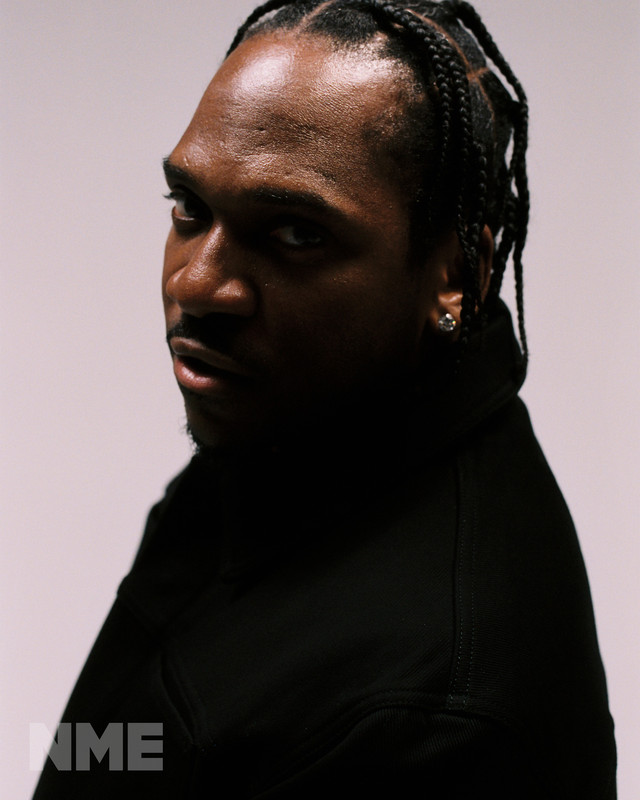 Arguably, ‘Daytona’ was the strongest project to have risen out of those chaotic 2018 summer months when Ye bunkered down in Wyoming and produced for and released multiple projects with the likes of Kid Cudi, Nas and Teyana Taylor. And yet: with Ye’s help, Pusha and Pharrell have now raised the bar further still. “It might have started with Ye and just a couple of beats that he had pulled aside for me,” Pusha says of the new album’s creation. “I toyed with them and once I got into a [mindset] of trying to outdo ‘Daytona’, I was like, ‘How do I do that?’ And so I crossed the street and went over to Pharell’s and was like, ‘OK – you’re going to do half and he’s going to do half.’”

It’s only the magnetism and presence of a giant such as Pusha T which could bring together two generational talents to collaborate exclusively on an album. Pusha found that working with the two producers brought out the best in him. It was two vastly different styles of work ethic, culture, and production. Pharrell’s was “a more [painstaking] process but Ye’s is more like a mixtape, which is my favourite feel,” he says. “I know that if I mix both of those, I’m only putting out greatness.”

“[Pharrell] said the evolution of me is being more of a character,” Pusha reveals. “He doesn’t like me rapping. He tells me all the time, ‘You can do that verse in your sleep.’ You have to give me the character, that matter-of-fact evil guy.” So Pharrell turned on Joker, the 2019 Batman prequel starring Joaquin Phoenix, and had it playing on mute in the background while they dug through crates of beats, finding the right ones for Pusha to rap over. “One of the songs we created was ‘Neck & Wrist’,” Pusha reveals. “He was like, ‘Look at this shit – you don’t get those bars without those visuals.’” Once the verses were laid out, Pusha knew there was a voice missing: Jay-Z’s.