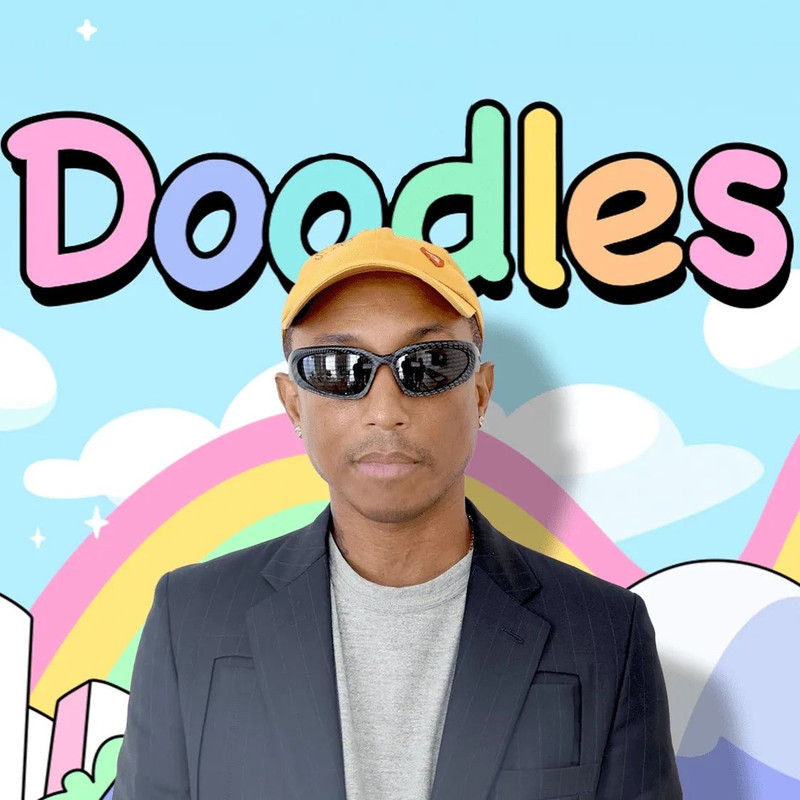 The leaders of the blue chip collection made the announcement to a packed crowd of Doodle holders at NFT. Popular non-fungible token (NFT) project Doodles is making moves, hiring star music producer Pharrell Williams as its chief brand officer. The project’s new CEO, Julian Holguin, who was brought in from Billboard in May, made the announcement at a private Doodle-holder event during NFT. NYC, flashing a video of Williams speaking on the big screen of a packed Palladium Theater. “I’m a big fan of the brand,” Williams said in the video. “We’re going to build from the core community outward and bring Doodles to new heights, new levels.” Williams will also produce an NFT-inspired album titled Doodles Records: Volume 1, which will be launched in partnership with Columbia Records.