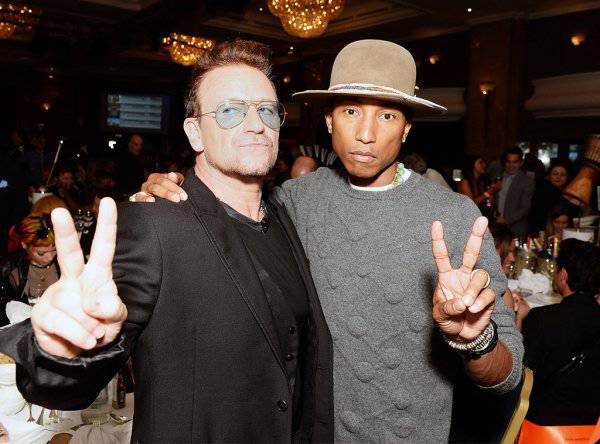 On Friday 4th July the great and the good from the music industry came together at the London Hilton on Park Lane for the Nordoff Robbins O2 Silver Clef Awards and Lunch. Artists, celebrities and guests turned out in force to support music therapy charity Nordoff Robbins, with over £500,000 raised on the day for our work transforming the lives of vulnerable children and adults across the UK. 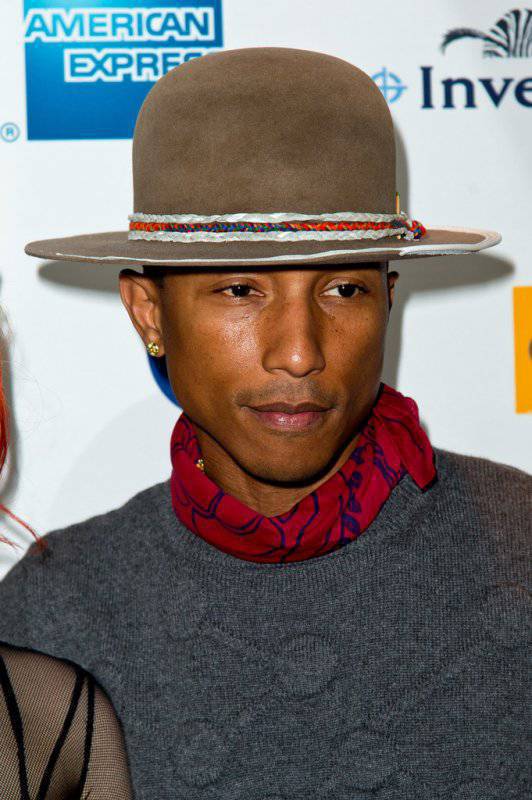 Guests enjoyed a welcome drinks reception before heading into the main ballroom for a sumptuous three course lunch and the star-studded awards ceremony. The Awards kicked off with the Raymond Weil International Award which was presented to superstar Pharrell Williams by surprise guest Bono from U2. Radio 1 Breakfast presenter Nick Grimshaw was there to give Tony Iommi and Geezer Butler from Black Sabbath the AEG Live Ambassadors Of Rock Award. 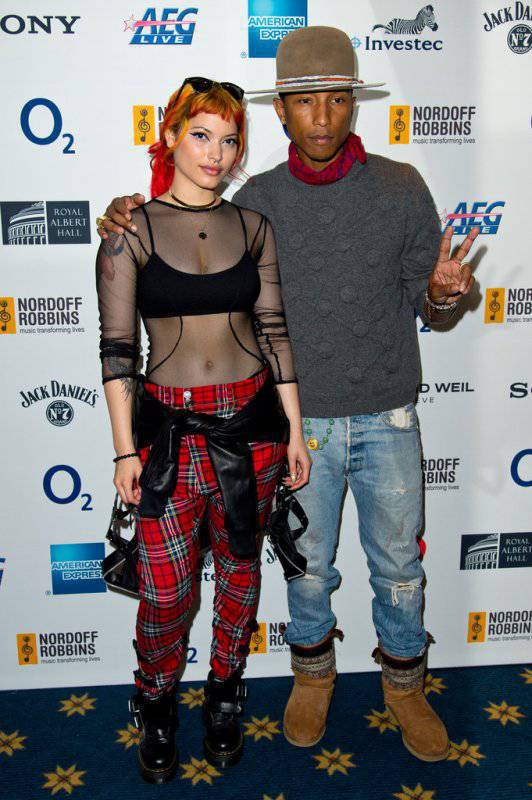 Basement Jaxx celebrated the genius that is Giorgio Mordoer with the American Express Innovation Award, whilst comedian Rob Brydon presented fellow welshman Sir Tom Jones with his Sony Mobile Lifetime Achievement Award. O2 Silver Clef Award Winner and founding member of British rock sensation Led Zeppelin, Jimmy Page spoke inspiringly about his visit to the Nordoff Robbins London Centre. He also helped push the fundraising total up by £35,000 when he personalised a Les Paul guitar for one lucky person in the audience. 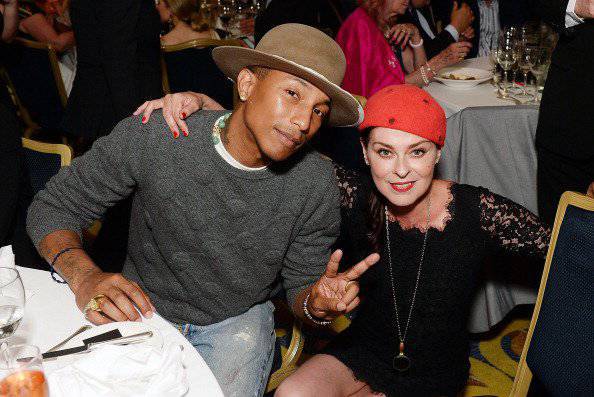 Paloma Faith and Laura Mvula represented the ladies winning The Royal Albert Hall Best British Act and Jack Daniel’s Best Newcomer Award respectively. Both spoke about the difference that music has made to their lives. Other highlights of the day included PPL Classical Award Winner Gareth Malone encouraging everyone in the room to sing along for an impromptu choir and Investec Icon Award Winners Chas & Dave sharing a bit from their hit ‘Rabbit’! 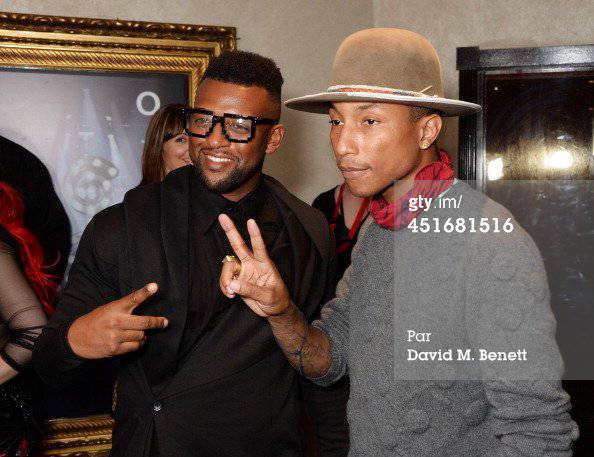 American Prayer is a 2003 song Co-written and produced by Bono of U2, Dave Stewart of The Eurythmics, and Pharrell of The Neptunes. The song, which “reflects the hope that America, and American Christians in particular, will respond to the AIDS Crisis“, was during Bono’s Heart of America tour. “Myself and Dave Stewart of the (rock band) Eurythmics have started on this tune, It’s kind of my paean to America, as a fan. … It’s about remembering what’s great about this country.” said Bono back in 2003 to USAToday. A live performance was given by Bono, The Edge, Beyoncé, and Stewart on November 29, 2003 that has been released on Nelson Mandela AIDS Concert: African Prayer (2004), the benefit concert for Nelson Mandela’s AIDS awareness campaign named 46664 after Mandela’s prisoner number. The song has also been performed by the final six contestants on Idol Gives Back four years later on April 25, 2007 but it was Dave Stewart who reworked the song in 2008 after concluding that Barack Obama represented “the embodiment of a new anthem for change”, seeing him as the continuation of the work of Rev. Martin Luther King, Jr.. He also produced a music video with a number of other celebrities, releasing it on YouTube and Huffington Post on August 21, 2008 just prior to the Democratic National Convention, 2008, you can check the video below.